Orlando. FL - As Central Florida heats up, millions of people are bracing for another severe weather outbreak across the southern United States on Thursday. The latest spate of bad weather comes just one week after a significant tornado outbreak in the South ripped through the region, causing numerous violent twisters in multiple states.

"Thursday's threat could be as severe, or even worse, than last week's tornadoes and severe thunderstorms across the southeast and mid-Atlantic states, when 47 tornadoes occurred over a two-day period," Bill Bunting, the chief of forecast operations at the NWS’s SPC, told FOX Television stations. 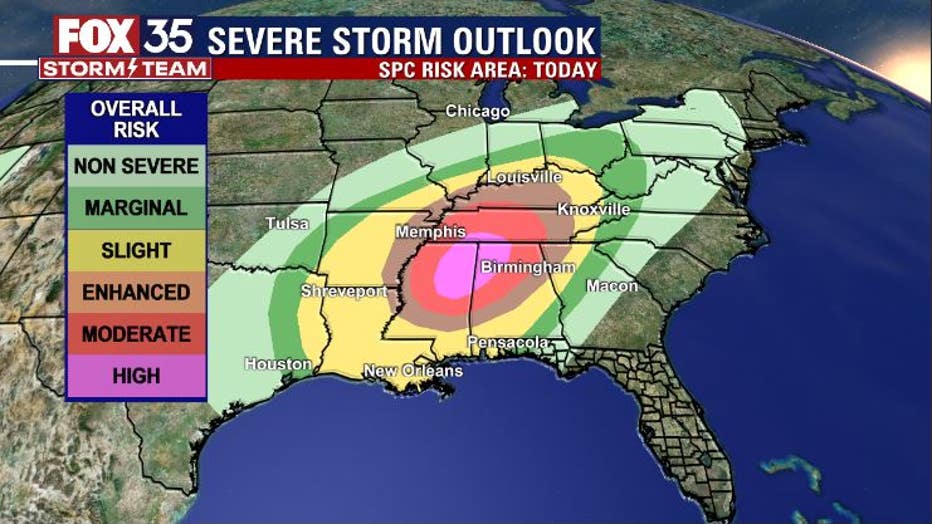 However, the outbreak of severe thunderstorms and tornadoes is expected to occur over an even larger swath extending from east Texas north and east through Louisiana, Arkansas, Mississippi, Alabama, Tennessee, Kentucky, western Georgia, the western Florida Panhandle, and southern portions of Missouri, Illinois, Indiana and Ohio.

"Violent tornadoes, damaging winds and torrential rainfall will be possible in the severe risk zones today," said FOX 35 Storm Team Meteorologist Jayme King. "It might be a good idea to call anyone you know in these areas to make them weather aware. The risk of severe storms will continue into Friday in these same areas."

Inland areas of Florida will see the low 90s today, coastal areas head into the mid-80s along the immediate beachfront, nearing the upper 80s closer to I-95 in the coastal counties. Skies will trend mostly sunny with only a few clouds around. 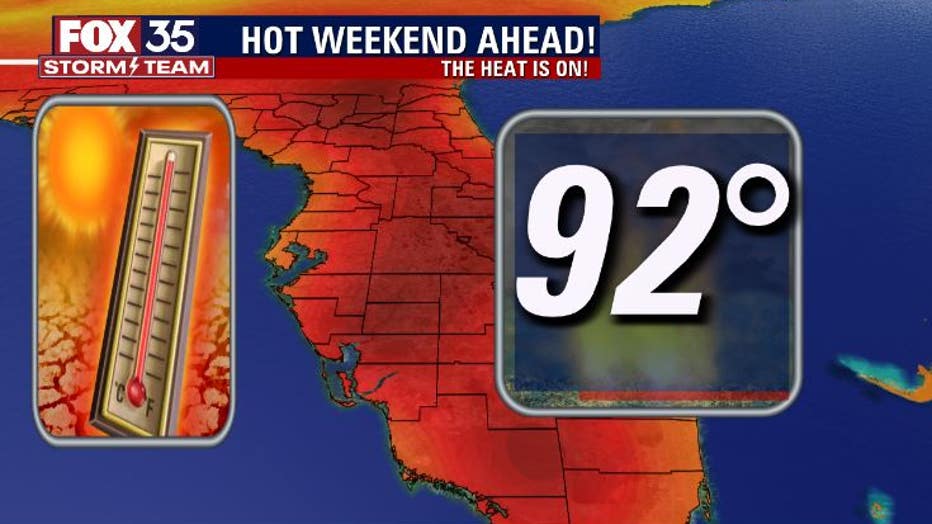 As we head into the weekend, high temps will continue to grow hotter. Highs inland will average around 92 degrees and some locations could tick up a little higher.

MORE NEWS: ‘Space hurricane’ discovered above Earth for the first time ever

We're also expecting humidity and dew point temperatures to rise as well. Combine the increase in moisture with the already hot temps and heat index or "feels like" number could get closer to the mid-90s! Sunblock, staying hydrated and breaks in the a/c will be essentials over the next few days. 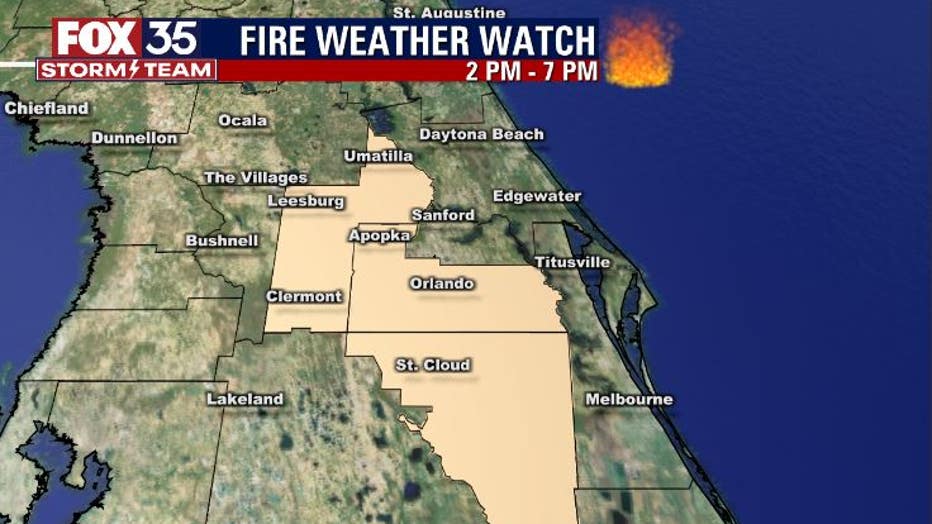 A fire weather watch is also in effect from 2-7 p.m. today. This means local soils are very dry from the continued lack of rainfall all across Central Florida.

Outdoor burning is highly discouraged today. Any fires that develop could be spread with ease as winds trend a bit breezy for the afternoon hours. Use common sense today and do your part in keeping fires at bay. 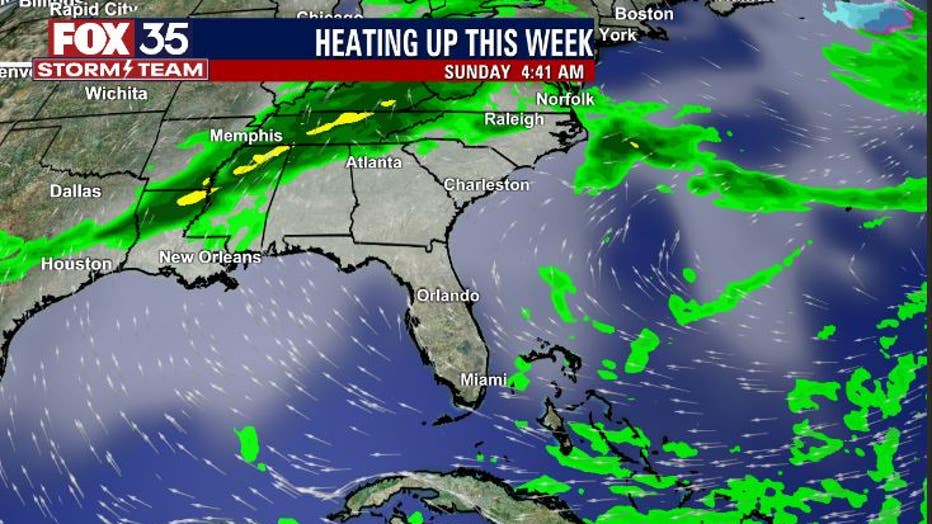 Rainfall across Central Florida has been as elusive as a rainbow-colored unicorn.

The area of high pressure creating the hot Southerly breezes is also keeping any weather systems away that could potentially bring us some rain. As of right now and into the weekend, the best rain chances will be locked up North of Florida.