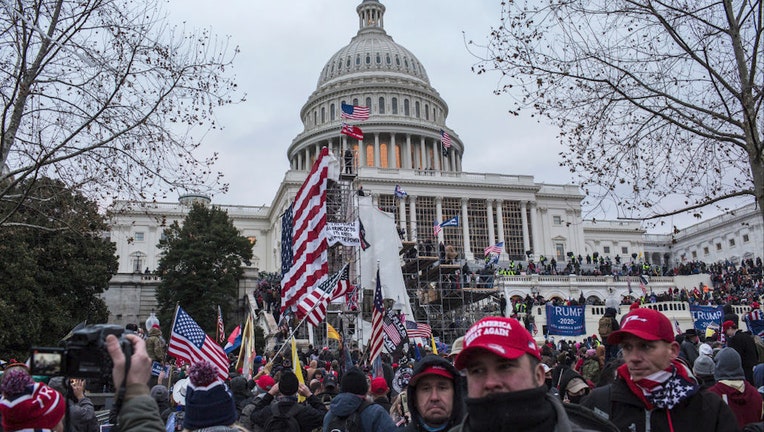 ORLANDO, Fla. - Authorities have made another arrest following the deadly Capitol riots.

Kenneth Harrelson is in custody. He is set to make his first appearance on Thursday in court in downtown Orlando.

The state attorney's office has not released any additional information, including what charges he's facing.

Officials recently arrested Corinne Lee Montoni, 31, of Lakeland, who they say was involved in the riots. She was charged with tampering or destruction of records and documents, entering a restricted building, and disorderly conduct on Capitol grounds, according to federal court records.

RELATED: More than 300 people have been charged after deadly US Capitol riot, Justice Dept. says

A mob objecting to the presidential election victory of Democrat Joe Biden broke into the Capitol on Jan. 6 as members of Congress met to certify the results. At least five people, including a Capitol Police officer, died as a result of the violence, and two other officers killed themselves after. More than 300 people have been charged with federal crimes, with at least 20 of them from Florida.