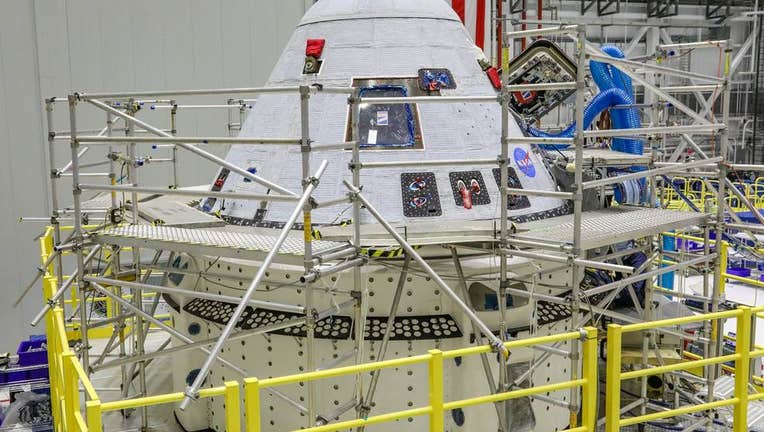 Originally scheduled for March 25, the mission will now launch no earlier than April 2, according to Boeing.

"Working with @NASA, we're continuing to ready #Starliner for flight, targeted for no earlier than April 2," Boeing tweeted on Wednesday.

RELATED; Here's how to watch NASA's Perseverance rover landing on Mars on Thursday

The spacecraft will launch on a United Launch Alliance (ULA) Atlas 5 rocket from Cape Canaveral.

"We appreciate the significant work NASA is undertaking ahead of launch," said John Vollmer, Starliner’s vice president and program manager at Boeing. "We’re fully engaged in the agency’s review process to ensure confidence in the spacecraft."

NASA and Boeing teams in Houston are dealing with power outages and winter storms impacting much of the country, including Texas where Boeing has a facility at NASA’s Johnson Space Center.

"Despite this, the team remains focused on the safety and quality of the spacecraft and a successful launch."

The uncrewed mission will test the end-to-end capabilities of Starliner and the Atlas V rocket from launch to docking to a return to Earth in the desert of the western United States. If the OFT-2 mission is successful, NASA and Boeing are targeting no earlier than September 2021 for NASA’s Boeing Crew Flight Test (CFT), Starliner’s first flight with astronauts aboard.

NASA says, "OFT-2 and CFT will provide valuable data toward NASA certifying Boeing’s crew transportation system for regular flights with astronauts to and from the space station."