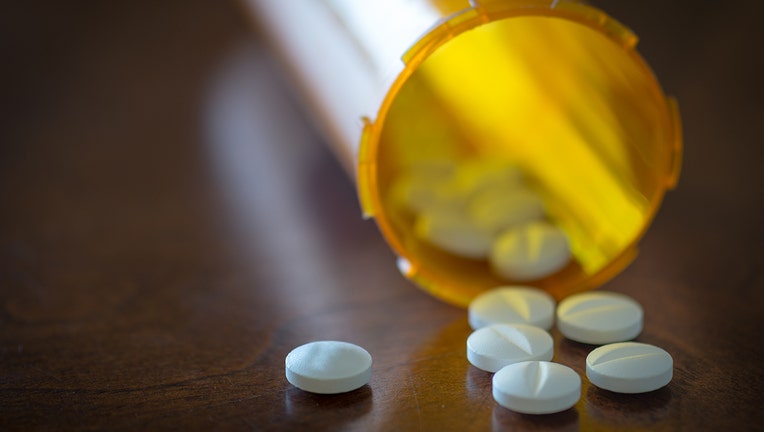 FILE: The FDA has approved a new drug for the maintenance and treatment of pancreatic cancer. (Prescription pills in a yellow bottle over a wooden table with selective depth of field. (Photo by Roberto Machado Noa/LightRocket via Getty Images))

TALLAHASSEE, Fla. - The legal battle is on about importing drugs from Canada, such as a program Florida Gov. Ron DeSantis wants to establish.

The Pharmaceutical Research and Manufacturers of America, the Partnership for Safe Medicines  and the Council for Affordable Health Coverage filed a legal challenge late Monday to rules finalized by U.S. Department of Health and Human Services Secretary Alex Azar.

The groups argue that Azar did not provide required supporting evidence that drug importation programs would be safe and would result in significant reductions in the costs of prescription drugs. The rules would allow states to make those determinations.

“It is particularly disturbing that the administration is punting the responsibility for demonstrating safety and cost savings to state governments despite the clear requirement under federal law that the secretary of HHS must certify that imported drugs both pose no additional risk to public safety and will lead to significant savings for the American consumer,” James C. Stansel, executive vice president and general counsel of the Pharmaceutical Research and Manufacturers of America, said in a prepared statement.

Importation programs such as the one Florida wants to establish have been authorized under a 2003 federal law, so long as the Health and Human Services secretary certifies to Congress that they are safe and cost effective. Until Azar, no secretary, regardless of political party, had made that certification.

Additionally, the groups argue that there is no indication the importation programs would save money and note that cost savings were left blank in budget documents accompanying the rule.

The legal challenge came hours after DeSantis announced the state had submitted a proposal to the federal government to develop a drug importation program. In a prepared statement Monday, DeSantis said  “for far too long Floridians have been paying exorbitant prices for prescription drugs.”

The Legislature in 2019 passed a law directing the state to develop a program to import certain pharmaceuticals from Canada. It was championed by DeSantis and former House Speaker Jose Oliva, R-Miami Lakes.

According to a news release, the state wants to start importing drugs for people with chronic conditions such as asthma, COPD, diabetes, and HIV/AIDS.