They said that the woman was striking and damaging political campaign signs on private property.

FLAGLER COUNTY, Fla. - The Flagler County Sheriff's Office said it arrested a woman, who is a self-proclaimed anarchist who said she's “tired of the lies,” on charges of attempting to destroy and remove political signs on private property.

They said that the arrest happened on Saturday after deputies came across a woman on Palm Coast Parkway striking and damaging political campaign signs on private property. She told deputies that she was "tired of the lies."

The deputies reportedly told her that it is illegal to destroy someone else’s property and while detained, she gave a false name to law enforcement. She was also told that was illegal, so she identified herself as 42-year-old Tonya McRae.

FOX 35 VOTER'S GUIDE: Everything you need to know about the 2020 election, including polling locations and what is on the ballot

“Emotions are high this election season but it is almost over,” Sheriff Rick Staly said. “Overall, the community has done a good job being respectful of the beliefs and opinions of others. Please continue to do so. We have had sporadic reports of vandalism and theft of political signs by all parties." 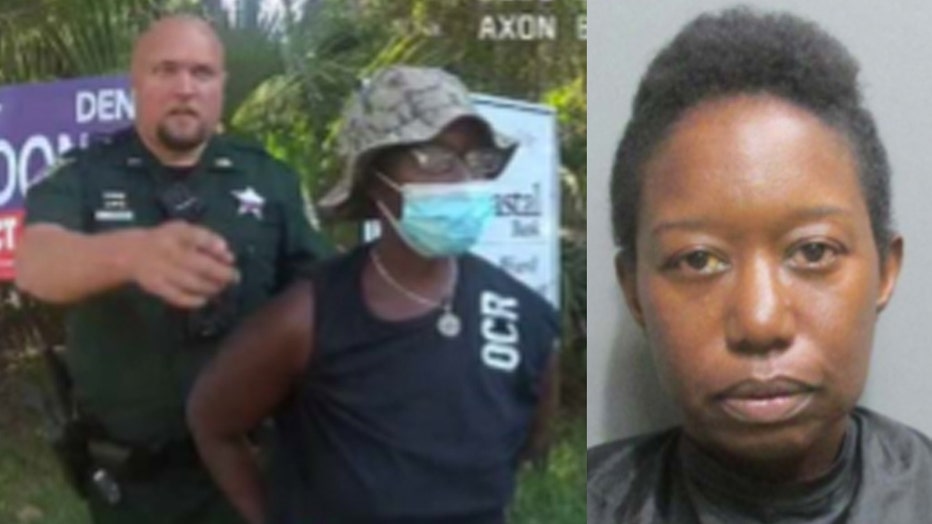 McRae was said to have been arrested and charged with Criminal Mischief and Providing a False Name to Law Enforcement.