A family in Florida is scrambling to find a new place to live – weeks after they moved from Louisiana to Florida – only to find out the person who rented it to them didn't own the home or have the authority to rent it out.

OCALA, Fla. - A family in Florida is scrambling to find a new place to live – weeks after they moved from Louisiana to Florida – only to find out the person who rented it to them didn't own the home or have the authority to rent it out.

"It's just a terrible situation." said Christopher Carpenter. "I have ten days to get our belongings out of the house."

Carpenter and his fiancé found the rental listing for the Marion County home posted on Facebook Marketplace and began to communicate with whom they thought was the owner of the house, he said. And it all seemed mostly legitimate, he said.

"It seemed legit. He sent us legit documents. We had to do the digital signatures.  It looked real," Carpenter said. He said the homeowner sent them a copy of his ID, so they knew who they were working with, who to send the money to, and even sent them lease documents to sign. They paid first month, last month, and a security deposit totally some $3,000, Carpenter said. 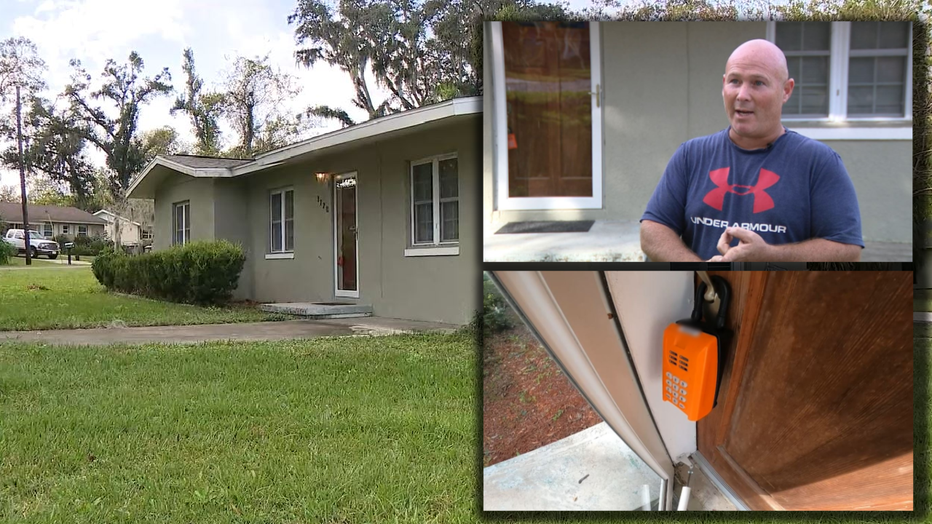 When they went to look at the house, they weren't able to meet with the person they'd been talking to, Carpenter said. But, the alleged scammer had the codes to the electronic key box and were able to see the house.

Days after moving in, however, is when the red flags began to add up.

"On Tuesday he called us. ‘I’m running a special deal for my tenants, if you pay me two months rent right now, we’ll give you the 4th month free,’" the man said, according to Carpenter.

The next day, the property manager showed up to the house with clients who were ready to look at the property – only to be told, another family was living there.

"It’s horrific," said Rasha Almallah, owner of Deacon & Soldier Properties. She said it's the second time in four months that someone has tried to collect rent on one of the properties that she managed, despite them not being the actual homeowner.

"They will just pray on people that are desperate for housing because the market right now, there’s a major shortage," Almallah said.

As for what's next for the Carpenters, they have to find a place to live soon. The Marion County Sheriff's Office confirmed that it's looking into the situation.

For those who may be looking at rentals, Almallah has this advice: "always look up to see who you’re renting from. Make sure you’re renting from the owner." To do that, you can visit each county's property appraiser's website and type in the address.

Almallah said the owner of the property should always be listed on the lease as another way to cross-check names.