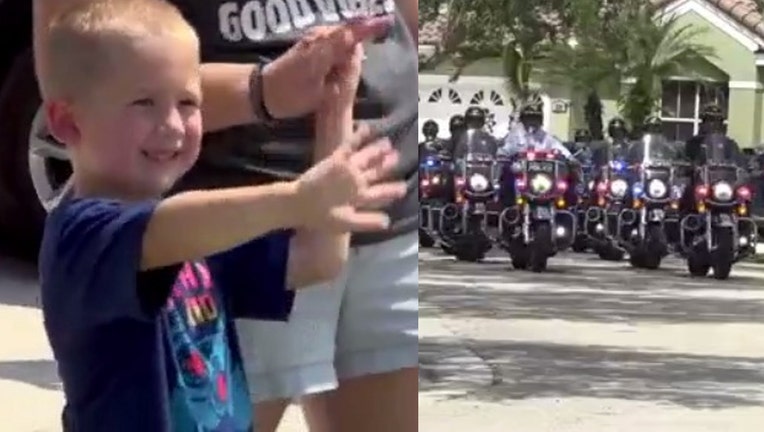 BROWARD COUNTY, Fla. - The Broward Sheriff’s Office said its deputies took part in a birthday drive-by parade for the five-year-old son of FBI Agent Daniel Alfin, one of two FBI special agents shot and killed while executing a search warrant in February.

Alfin, a veteran agent who was married and had one child, was killed along with Special Agent Laura Schwartzenberger while serving the warrant in Sunrise, Florida, reports said.

TRENDING: UFC fans return to the stands in Florida: Winners and more

Footage released by the Broward Sheriff’s Office over the weekend showed deputies joining local and federal agencies in the birthday surprise for Alfin’s son, Eli.

"The Alfin family has been through an indescribable loss and we wouldn’t miss the opportunity to join in this special celebration and show them our support," the Broward Sheriff’s Office wrote on Facebook.

Storyful contributed to this report.