A Volusia County boy is asking the community for a favor while he awaits the amputation of a leg.

DAYTONA BEACH, Fla. - The mother of a young boy awaiting amputation surgery is asking the public to send him cards to help him get through his recovery.

Tyler, a seven-year-old boy from Ormond Beach, will soon have to get surgery. Unfortunately, one of his legs has to be amputated. 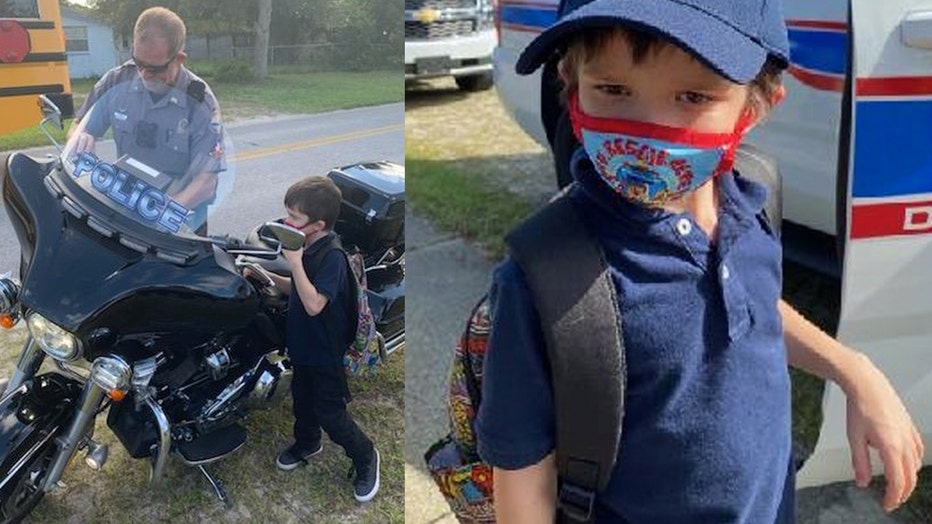 "Tyler currently has a partial foot amputation due to congenital pseudo arthrosis of the tibia. He’s still having a lot of leg pain, and his tibia isn’t healthy enough to support his body growing," his mother explained on Facebook. "So, it’s been decided he needs a revision surgery, and they will be amputating to just below his knee."

VIRAL NEWS: Full moon to shine on Halloween for the first time since 1944

Tyler, who is described as someone who "loves all things police" was surprised this week when stepping off the school bus: several officers who hung out with him, the Daytona Beach Police Department showed in a Facebook post.

The little man's mother wants to shower him with cards in hopes that it will help him with his recovery after surgery. She said that "Tyler had been through a lot in his little life, and I’m hoping to get the help of as many people as possible to show him how strong he is and how much he’s loved."