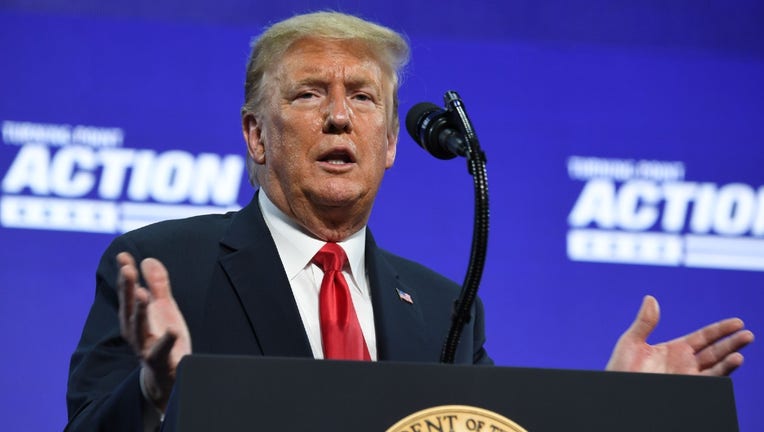 US President Donald Trump speaks during a Students for Trump event at the Dream City Church in Phoenix, Arizona, June 23, 2020. (Photo by SAUL LOEB/AFP via Getty Images)

According to reports, he will be speaking at the Conservative Political Action Conference (CPAC) on Sunday.

"It shows two things. I think it shows Donald Trump wants to be in politics still and two, it shows that the mainstay of the Republican Party, the conservative base, wants to hear from Donald Trump," University of Central Florida (UCF) Political Science Professor Aubrey Jewett told FOX 35.

Mike Pence was also invited to attend the CPAC conference. He will not be going.

"Pence has turned this offer down and what has come out, the motive, or the reason, is that he is upset with President Trump," Jewett said. "I think it is also somewhat significant that it does show while the majority of conservatives and Republicans still support Donald Trump, as this invitation suggests and public opinion suggests, there are cracks in the base where some Republicans are not as keen on Donald Trump as others."

FOX 35 spoke with the chair of the Orange County Republicans, Charles Hart, who will be at the conference this weekend.

"I think it’s an incredible opportunity because President Trump has a lot of things to say and unfortunately there have been people out there who have tried to silence him so this is his opportunity to speak," Hart said.

The conference kicks off at the Hyatt Regency Orlando on Thursday.