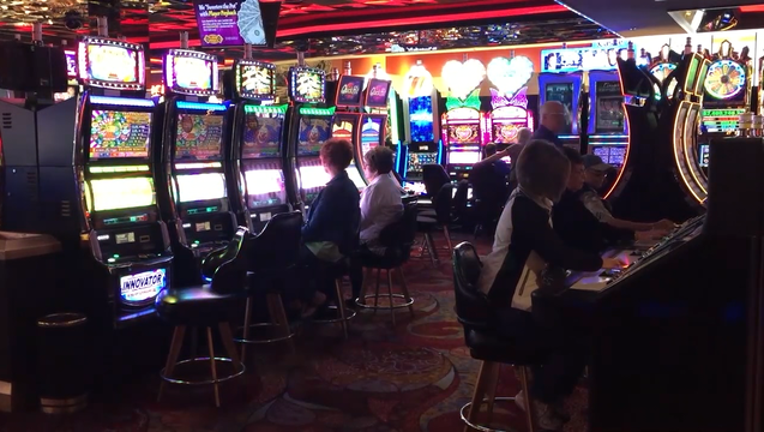 TALLAHASSEE, Fla. (NSF) - In a highly anticipated decision, the Florida Supreme Court on Thursday squashed a broad expansion of slot machines in at least eight counties, saying the decision to allow pari-mutuels to add the lucrative games rests with the Legislature, not voters.

The unanimous decision, siding with state regulators in a lawsuit filed by Gretna Racing, not only puts the kibosh on slots for the tiny Gadsden County horse track but also for pari-mutuels in seven other counties --- Brevard, Duval, Hamilton, Lee, Palm Beach, St. Lucie and Washington --- where voters have approved slots in referendums.

“…There is no specific constitutional or statutory authority for Gadsden County to act on the subject of slot machine gaming,” Justice Charles Canady wrote in Thursday's 16-page main opinion.

The ruling is based on a constitutional amendment approved by voters in 2004 that authorized voters in Miami-Dade and Broward counties to allow slots.

Thursday's decision upheld a decision by the 1st District Court of Appeal, which struggled with the slots issue. The appeals court initially ruled for Gretna Racing but then reversed itself and sided in October 2015 with Attorney General Pam Bondi and Gov. Rick Scott's administration in saying slots should not be allowed.

In both decisions, the appellate judges asked the Supreme Court to weigh in on the issue of whether pari-mutuels can have slot machines if local voters approve, or if the games require the express say-so of the Legislature.

Thursday's ruling also came after lawmakers this spring failed to reach consensus on a sweeping gambling measure designed to create a framework for a new agreement with the Seminole Tribe. Questions about whether the Supreme Court would allow slot machines in counties across the state loomed over the legislative talks.

Senate President Joe Negron, R-Stuart, issued a statement Thursday that said the Supreme Court “confirmed that the responsibility to determine the future of gaming in Florida lies with the elected members of the Legislature.”

“With current law upheld, the Legislature now has every opportunity to shape gaming policy for our state in a manner that respects both the authority of local referendums and the ongoing relationship with the Seminole Tribe, without the underlying concern that a court ruling could suddenly upend productive negotiations,” Negron said.

Representatives of Creek Entertainment/Gretna, which operates the Gadsden County facility, said in a statement they were disappointed that “the Florida Supreme Court did not agree with our interpretation of the law and because of this ruling, we are now unable to create new jobs.'

But Sen. Bill Galvano, a Bradenton Republican who was the Senate's chief negotiator on gambling issues and is slated to take over as president late next year, said the Supreme Court ruling leaves lawmakers in a “very strong position” in the future.

“The court has confirmed the authority in the Legislature and has not wrested it away from us to decide how and to what extent we want the expansion with slots, without having this major impact on the existing compact with the Seminole Tribe of Florida,” Galvano told The News Service of Florida on Thursday.

"I think they wanted to wait to see if the Legislature was going to act," Diaz said in a telephone interview.

The Seminole Tribe and the state have been trying to hash out a deal, known as a “compact,” after a component of a 2010 agreement giving the Seminoles “exclusive” rights to operate banked card games, such as blackjack, expired in 2015.

Under the current compact, the tribe has exclusive rights to operate slots outside of Broward and Miami-Dade counties, in exchange for about $120 million in revenues to the state annually. The Supreme Court heard arguments in the Gretna case a year ago, and the issue weighed heavily on lawmakers as they contemplated changes to the Seminole compact.

After failing for years to get the Legislature to act, pari-mutuels in various parts of the state turned to county referendums to push the slots forward
.
Thursday's unanimous ruling made it clear that counties and pari-mutuel lobbyists will have to go back to the Legislature for a possible expansion of slots.

“The uncertainty of a court decision provides some level of impetus for the Legislature to act. So, of course, we would have preferred the court to rule in our favor. But nothing has changed. We will still be lobbying for the same slots authorization language we have pushed for the last couple of years,” lobbyist Nick Iarossi, who represents pari-mutuels in Brevard and Duval counties, told The News Service of Florida.

The Supreme Court decision takes pressure off lawmakers, especially House members loath to expand gambling by allowing slots in the referendum counties, to craft a deal that would expand slots. It also eliminates the possibility of a special session on the topic.

“This gives us the ability to step back, catch our breath, doesn't send a rocket into the compact, and now we can continue on a more measured approach to determine how we renew our accord with the Seminole tribe and what decisions we make going forward with regard to expansion,” Galvano said.

“Because slot machines are generally prohibited, Gadsden County does not have and cannot assert home rule powers as a basis to support a referendum on slot machine gambling,” Lewis wrote.