The 40-year-old's death was confirmed on Dec. 14, 2022, by his wife Allison Holker Boss in a statement to People magazine.

LOS ANGELES - Reaction poured in Wednesday for Stephen "tWitch" Boss, a dancer and choreographer best known as the DJ and sidekick on Ellen DeGeneres' talk show, who has died by suicide. He was 40.

"I’m heartbroken," Ellen DeGeneres wrote on social media just hours after the news broke. "tWitch was pure love and light. He was my family, and I loved him with all my heart. I will miss him."

Boss appeared on "The Ellen DeGeneres Show" from 2014 until its conclusion in 2022, serving as a permanent fixture on the daytime talk show. "The Ellen Show" aired its last episode on May 26.

DeGeneres continued, "Please send your love and support to Allison and his beautiful children - Weslie, Maddox, and Zaia."

TMZ was the first to share the news, which reported that Boss died by suicide in Los Angeles. The Los Angeles Police Department later confirmed this information. 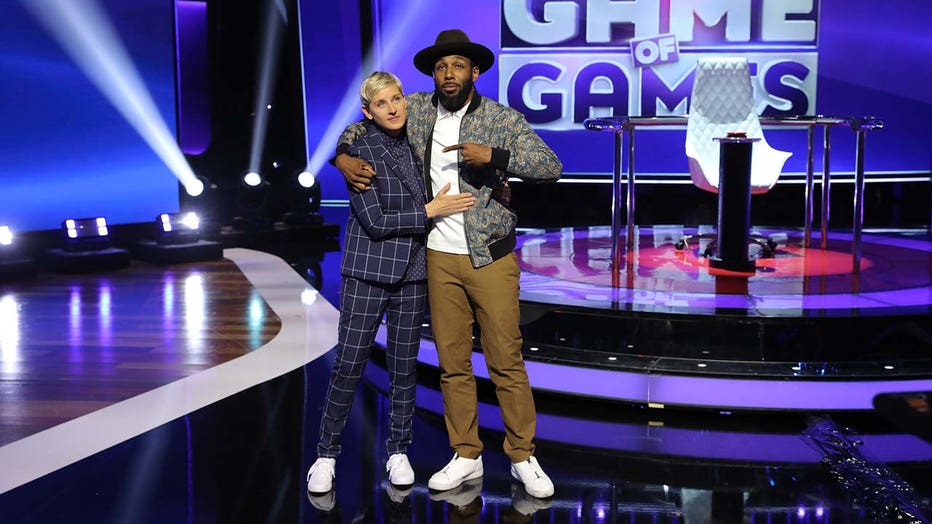 "This is Ellen DeGeneres — she’s a superstar," tWitch told FOX Television Stations earlier this year of DeGeneres ending her long-running show. "But something that she’s always done that I think is so dope is that if she’s gonna be involved in it, she’s hands-on and she’s making sure it’s looking right — while also being an incredibly cool person."

DeGeneres and guests Jennifer Aniston, Billie Eilish and Pink shared memories and affection as 'The Ellen DeGeneres Show' concluded its Emmy-winning run that began in September 2003.

Reactions to Boss’ death poured in online from fans and fellow celebrities.

Andy Lassner, who served as the executive producer of "The Ellen DeGeneres Show" from its inception to the final episode, shared an image of the three of them together with the message: "Rest, my friend."

Actress Viola Davis also opened up on Instagram writing, "I’m at a loss for words right now, praying for his family and loved ones."

Jada Pinkett Smith shared a group photo on Instagram of her with "Magic Mike" co-stars tWitch and actor Donald Glover.

"I woke up this morning to the news that tWitch is gone. My heart aches for his wife Allison and their children Weslie, Maddox and Zaia. My condolences to all his loved ones that he has left behind. We had a lot of good times on the set of Magic Mike. He was so sweet, kind and generous," Pinkett Smith wrote in the caption. "So many people suffer in silence. I wish he could have known that he didn’t have to. May his beautiful, shining soul rest in the arms of the Great Supreme and may that same Higher Power heal the shattered hearts of his loved ones."

Questlove also posted a tribute, writing in part, "I have no words man. May his family find resolution in this dark time."

Boss rose to fame while competing on "So You Think You Can Dance" in 2008, ending as runner-up. He later appeared in several films including the "Step Up" movie franchise and "Magic Mike XXL."

The FOX show issued a statement Wednesday, writing, "We will always remember Stephen "tWitch" Boss for the light and joy he brought into our lives and into the hearts of so many. We grieve alongside his family, loved ones and fans. tWitch, we will miss you dearly."

Singer and reality show judge Paula Abdul told readers on social me that she was "devastated" to hear the news about his passing, adding, "tWitch greeted the world every day with a beautiful smile that was a direct reflection of his beautiful heart. He was a beacon of light & a true talent whose legacy & impact will live on in the dance community."

"I’ve never known a man to radiate joy the way tWitch did. Every time we connected the only thing that could exceed the laughter were the smiles. tWitch, your last message to me said, "sending love and light always." You better believe I’m holding you to that," Emmanuel Ancho wrote in a tribute alongside a heartwarming video of the pair.

Singer Kelly Rowland wrote on her Instagram story, "Sending my love and many prayers to his family!"

Actress Ashley Tisdale also opened up about Boss, writing, "One of the most entertaining, talented and the nicest human being."

CLICK HERE https://afsp.org/risk-factors-and-warning-signs for the warning signs and risk factors of suicide. Call 1-800-273-TALK for free and confidential emotional support.

Kelly Hayes contributed to this story.