The National Hurricane Center (NHC) says that the Iota is moving west at 9 mph. It is expected to make landfall in Central America. It will specifically move near or over Providencia island on Monday and then Nicaragua and Honduras on Monday night. 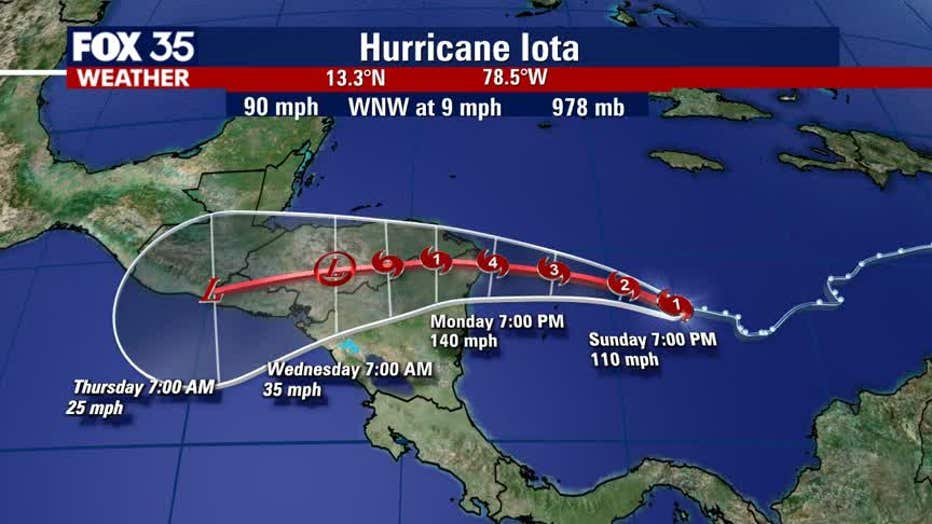 Forecasters said that Iota is packing maximum sustained winds of 90 mph, making it a Category 1 hurricane. Rapid strengthening is occurring and Iota is forecasted to become an "extremely dangerous Category 4 hurricane." 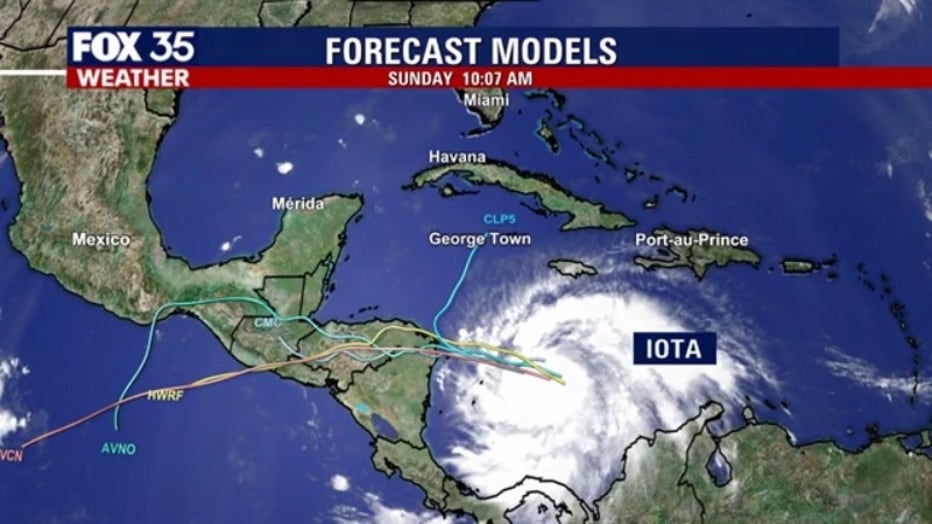 Iota is the 30th named storm of the season, breaking the record for the most named storms in a hurricane season. 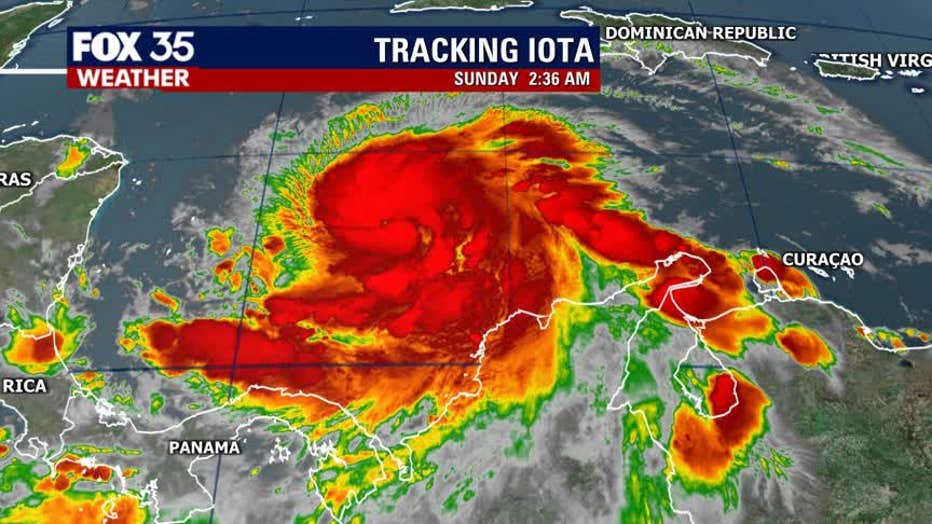 Forecasters predicted that this season will have more activity than normal. For example, NOAA predicted an above-average season, with 13 to 19 named storms. Six to 10 of those would become hurricanes and three to six of those are forecasted to become major hurricanes (Category 3 or higher).

Tune in to FOX 35 Orlando for the latest in the tropics.