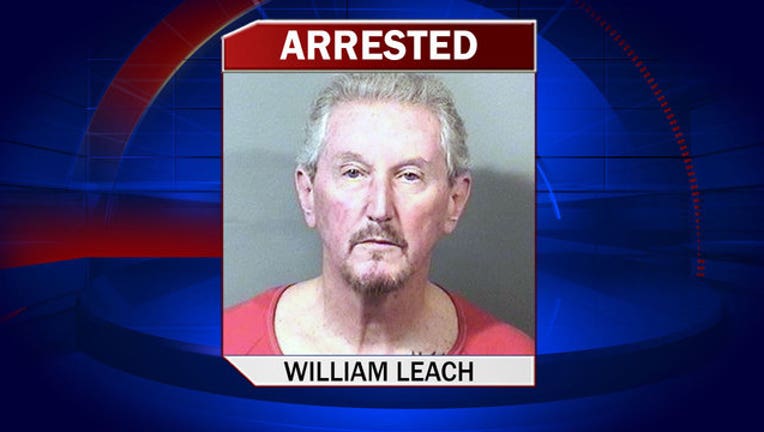 PALM BAY, Fla. (WOFL FOX 35) - Palm Bay police officers have arrested a 72-year-old man who is accused of having sex with a 16-year-old girl.  William Leach III is charged with one count of unlawful sexual activity with certain minors, and two counts of traveling to meet a minor.

Detectives said Leach was a former neighbor who befriended the teenager, and for two years, he was giving her rides to school and purchasing items for her.  Authorities said Leach subsequently moved to Ocala, but during the month of December, they claim he drove down to Palm Bay and picked up the victim and took her to a motel where the two had sex.  Detectives also said Leach had made arrangements for another sexual encounter before he was arrested on Monday.

"Nothing is more precious than our children's safety and wellbeing," said Palm Bay Police Chief Mark Renkens. "In this case, the victim's mother did the right thing by reporting suspicious behavior immediately and as a result a child predator has been removed from the community."

The investigation is still ongoing. Leach was booked into the Brevard County Sheriff's Office Jail on a bond of $105,000.