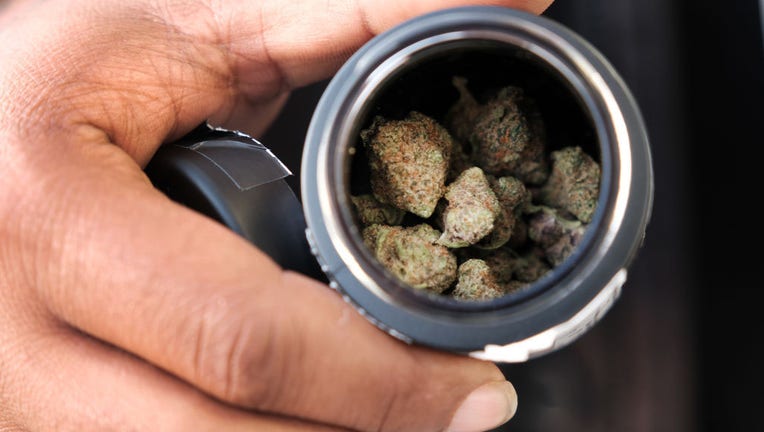 FILE - An individual purchases cannabis at a dispensary on the morning that cannabis sales became legal in New Jersey on April 21, 2022, in Paterson, New Jersey. (Photo by Spencer Platt/Getty Images)

There has been increasing support for marijuana legalization in the United States over the past few decades, with a majority of Americans now overwhelmingly in favor, according to polling — and many states enacting laws to allow for its legal use and sale.

On the federal level, marijuana remains illegal. But the most recent poll from Gallup on the subject found that 68% of U.S. adults think marijuana should be legal, a percentage tied for the record high.

Over the past decade, 19 U.S. states, Washington, D.C., and Guam have legalized the recreational use of marijuana. Meanwhile, 37 states now allow some form of medical cannabis, and only three states have no cannabis access laws on the books.

Gallup has documented opinions on legalizing cannabis over more than 50 years, noting particularly sharp increases in support during the 2000s and 2010s. But there are still differences in opinion based on political party and religion, according to Gallup.

Most Democrats (83%) and political independents (71%) support legalization, while Republicans are nearly evenly split on the question (50% in favor; 49% opposed), the company said. Those who regularly attend religious services are also split, while those who attend "infrequently or never" were found to be broadly supportive of marijuana legalization.

Senate Majority Leader Chuck Schumer announced that Democrats have drafted a bill, the Cannabis Administration and Opportunity Act, that would decriminalize marijuana at the federal level. Joined by Sens. Corey Booker, D-N.J., and Ron Wyden, D-Wyo., Schumer said the bill would remove federal penalties on cannabis, expungement of nonviolent federal cannabis-related criminal records and letting states decide whether to legalize the drug.

A separate Gallup poll found while support for legalization is widespread, Americans are split over whether marijuana is overall good or bad for society, with 49% considering it positive and 50% negative.

Heading into the 2022 midterm elections, some voters will see legalization measures on the ballot. Here’s a look at where marijuana laws stand in each state:

States/territories where both recreational and medical marijuana is legal 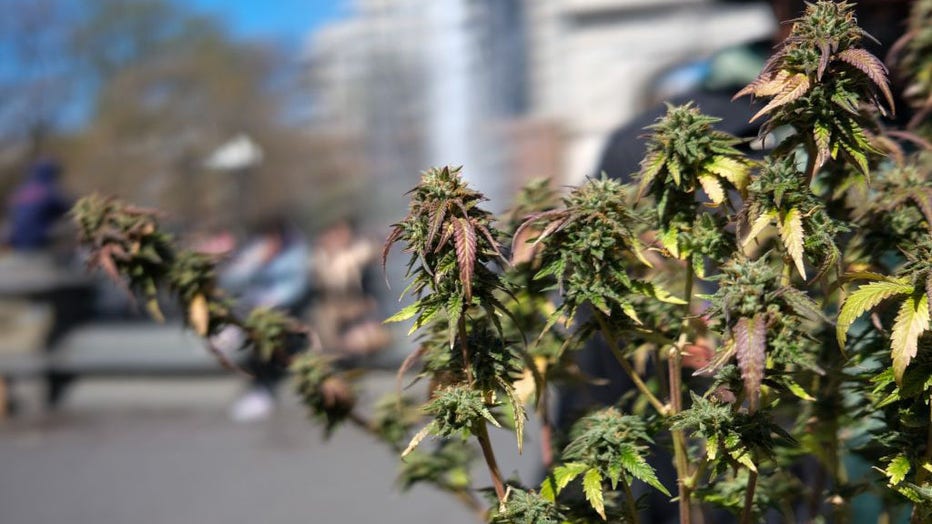 FILE - A marijuana plant is displayed in Washington Square Park to celebrate 4/20, which is known as World Weed Day on April 20, 2022, in New York City. (Photo by Alexi Rosenfeld/Getty Images) 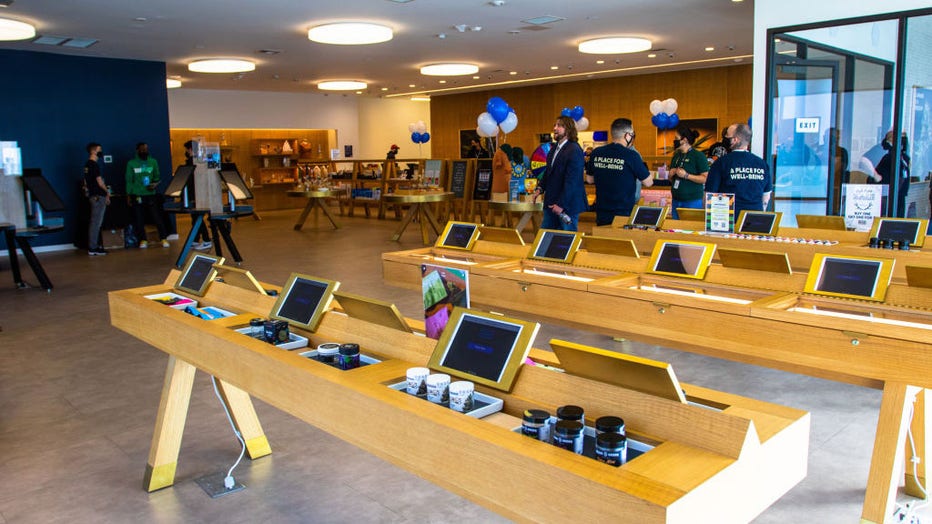 FILE - A view of the interior of Rise dispensary during its grand opening on Feb. 11, 2022, in Reno, Nevada. (Photo by Ty O'Neil/SOPA Images/LightRocket via Getty Images)

States/territories where only medical marijuana is legal

RELATED: Gun laws across the U.S.

Some states only allow the use of "low THC, high cannabidiol (CBD)" products for medical reasons in limited situations or as a legal defense, according to both the National Conference of State Legislatures and NORML, a cannabis advocacy group.

THC, which stands for tetrahydrocannabinol, is the main psychoactive compound in marijuana and is what makes people feel "high."

There are at least 10 U.S. states with such laws:

States with legalization measures on the ballot in 2022

Voters in a handful of states will weigh in on measures to legalize cannabis in their respective states in November.

In Maryland, a legalization measure was approved for November 2022 ballot, according to FOX 5 DC. If voters approve, recreational marijuana would not be legal until July 2023 for people 21 and over. A companion bill would legalize possession of up to 1.5 ounces and would remove criminal penalties of up to 2.5 ounces, and create a civil citation, the news station reported. 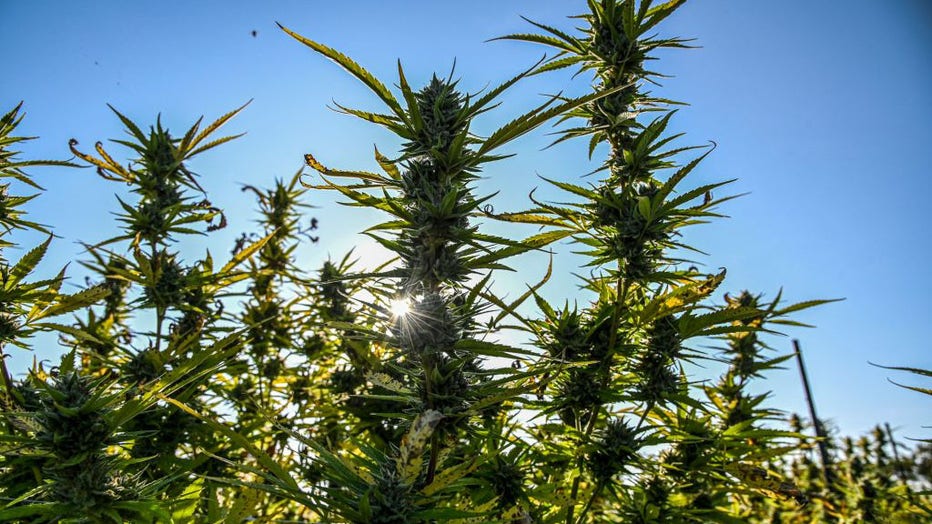 Missouri voters will also see a measure in November after a campaign gathered enough signatures. If voters approve the constitutional amendment on marijuana, those aged 21 and older could buy and grow it for personal consumption as early as this year.

In North Dakota, supporters of legalizing recreational marijuana succeeded in bringing the matter to a public vote in November. If approved, it would allow people 21 and older to legally use marijuana at home as well as possess and cultivate restricted amounts of cannabis. The measure would also establish policies to regulate retail stores, cultivators, and other types of marijuana businesses.

Nearby South Dakota will again have a recreational marijuana measure on the ballot in November, according to the Associated Press. In 2020, a citizen-proposed constitutional amendment to legalize cannabis passed by 54%, but Republican Gov. Kristi Noem sponsored a lawsuit to challenge it — and the state Supreme Court ruled last year that it violated the state Constitution.

The new proposed South Dakota law, which garnered enough petition signatures, would allow people 21 years old and over to use and grow pot for personal use, the AP reported. It would place a 1-ounce (28-gram) limit on the amount that people could use or share.

State by state: Abortion laws across the U.S.