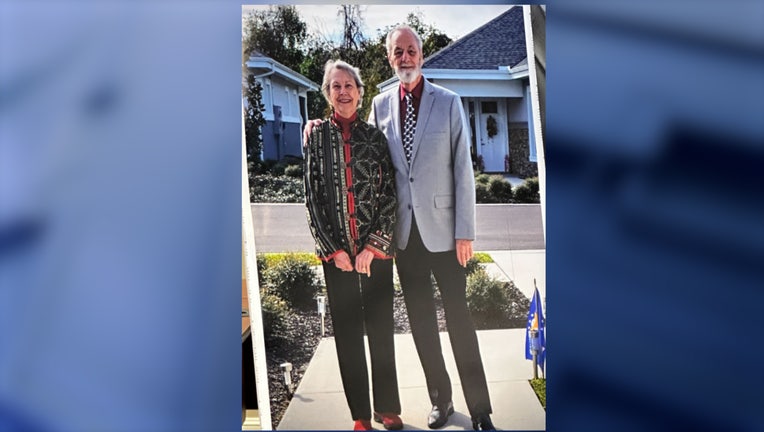 MOUNT DORA, Fla. - A woman has been taken into custody as a person of interest in the murders of a Florida husband and wife at a senior living community over New Year's weekend, police announced during a news conference Tuesday afternoon.

Mount Dora Interim Police Chief Mike Gibson said she was arrested out of state and will be extradited back to Florida in the coming days. Her identity has not been released at this time.

An investigation began after law enforcement responded to Waterman Village in Mount Dora around 4 p.m. Saturday after a security guard found the bodies of 80-year-old Sharon Getman and 83-year-old Darryl Getman inside an apartment and called 911.

Police said the security guard paid a visit to the unit after a concerned resident informed security that the unit's garage was open.

According to police, the woman in custody was first seen and escorted off the property on Friday, Dec. 30. around 3 p.m. That same day, she was captured on camera in the area of Lake Margaret Circle around 4:14 p.m.

Shortly before 11 p.m., officials said she returned to the community and knocked on the door of one of the apartments and asked the tenant if she could take a shower.

The tenant told her no, and out of fear, pushed the emergency alarm, police said. That's when police said the person of interest ran off and grabbed the keys to someone's car.

Around 2 a.m. on Saturday, a green vehicle was captured on camera driving out of the complex, police said.

About 10 minutes later, the woman walked back to the facility but was denied entry by security. Officers said they followed her off the property and eventually lost sight of her.

Police officers responded to the complex later Saturday afternoon after the couple was found dead. Information about how the couple was killed was not immediately released, but police described the crime as "heinous."

The Mount Dora Police Department said they later received a call saying the missing vehicle and the person of interest had been found. Police did not share details about where either were found.

Police said the woman doesn't appear to have any ties to the Central Florida area, and they believe the woman was passing through.