NASA and SpaceX's Crew-5 astronauts are on their way to the International Space Station after blasting off from Kennedy Space Center in Florida on Wednesday.

KENNEDY SPACE CENTER, Fla. - NASA and SpaceX's Crew-5 astronauts are on their way to the International Space Station after blasting off from Kennedy Space Center in Florida on Wednesday. You can watch the replay in the player above.

The crew is hitching a ride aboard SpaceX's Falcon 9 rocket and Crew Dragon spacecraft.

The rocket blasted off at 12 p.m. ET from Launch Pad 39A. Weather officials with Cape Canaveral Space Force Station’s 45th Weather Squadron predicted a 90% chance of favorable weather conditions for the launch – and it didn't disappoint. Skies were clear and beautiful for a successful liftoff.

Crew-5 launch: Meet the astronauts blasting off to space from Florida

All systems are go to launch NASA and SpaceX's Crew-5 astronauts into orbit from Kennedy Space Center (KSC) in Florida on Wednesday. The crew will be sent to the International Space Station aboard SpaceX's Falcon 9 rocket and Crew Dragon spacecraft.

NASA astronauts mission commander Nicole Mann and pilot Josh Cassada, Japanese Space Agency (JAXA) astronaut Koichi Wakata and Roscosmos cosmonaut Anna Kikina arrived at Kennedy Space Center from Houston on Saturday to complete a full rehearsal of launch day activities before the main event. The crew was supposed to be at Kennedy Space Center already when NASA and SpaceX were targeting an Oct. 3 launch, but Hurricane Ian forced the mission to be delayed by two days.

This is Mann and Cassada's first spaceflight since becoming astronauts in 2013. Mann is now the first Native American woman in space. Kikina is also making her first trip to space, and the mission marks the fifth spaceflight for Wakata. 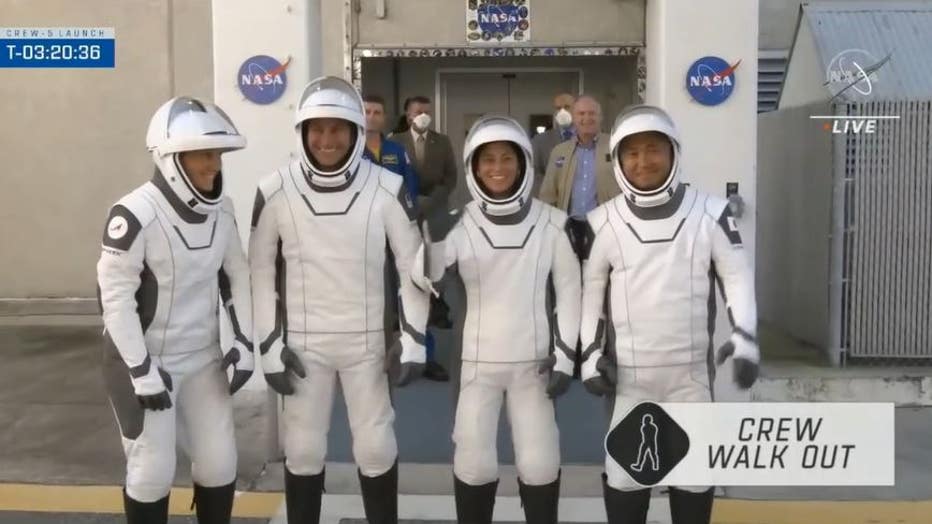 The Dragon spacecraft, Endurance, is scheduled to dock at the space station at 4:57 p.m. ET on Thursday.  After docking, Crew-5 will be welcomed inside the station by the seven-member crew of Expedition 68.

The astronauts of NASA's SpaceX Crew-4 mission will undock from the space station and splash down off the coast of Florida several days after Crew-5's arrival.

What will Crew-5 do in space?

Once Crew-5 arrives at the International Space Station, they will perform science, technology demonstrations, and maintenance activities aboard the microgravity laboratory.

"Crew-5 will conduct new and exciting scientific research in areas including cardiac to prepare for human exploration beyond low-Earth orbit and benefit life on Earth," NASA said. "Experiments will include studies on printing human organs in space, understanding fuel systems operating on the Moon, and better understanding heart disease."

FOX 35 Storm Team Meteorologist Allison Gargaro is on the Space Coast talking to space fans who are anxiously waiting for the launch of the Crew-5 astronauts.

They'll spend several months at the space station before returning to Earth in the spring of 2023. The flight is the fifth crew rotation mission with SpaceX to station, and the sixth flight of Dragon with people as part of NASA’s Commercial Crew Program.

Also, for the first time since SpaceX began launching NASA astronauts from American soil in 2020, the Russian Space Agency and NASA have traded a seat onboard the commercial spacecraft. Kikina is now the first cosmonaut to fly with SpaceX.

The Crew-5 astronaut launch has shifted a few times before the latest delay caused by Hurricane Ian, which made landfall in Southwest Florida last Wednesday, leaving a wide path of death and destruction in its wake.

Ahead of the storm, the space center closed and moved its Artemis I SLS moon rocket back into the Vehicle Assembly Building. NASA had been aiming to launch the SLS moon rocket before the end of September but now will have to wait until November. 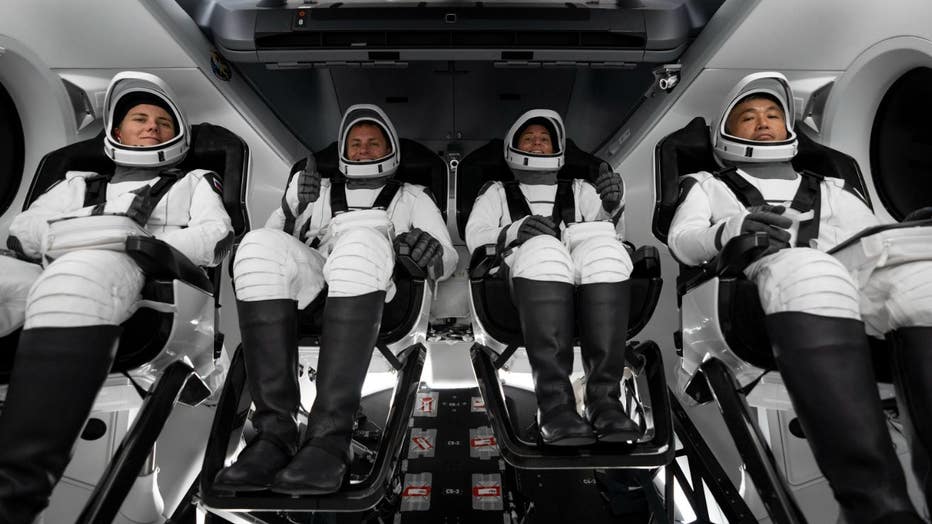 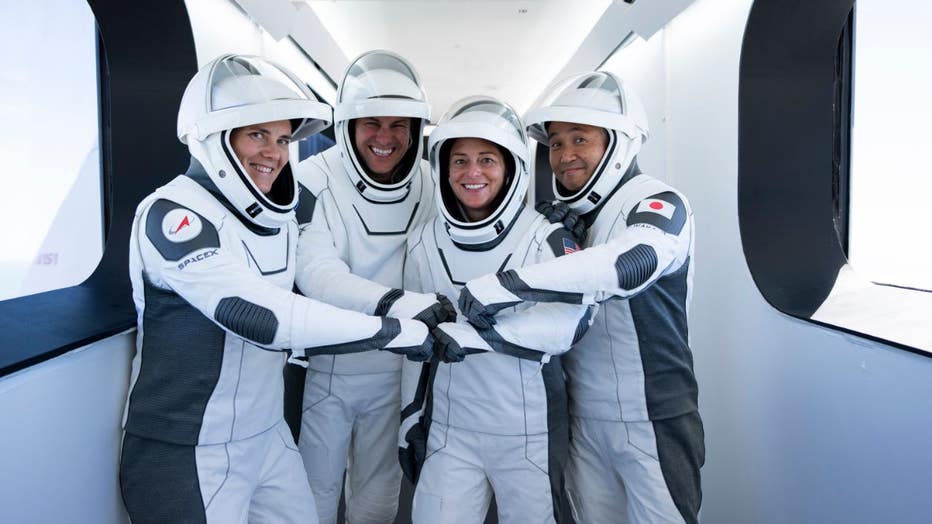 The original Crew-5 launch date in September was delayed after the Falcon 9 booster for the mission was damaged during transport to KSC.

The Crew-5 mission is flying aboard Dragon Endurance. The capsule, which flew Crew-3 astronauts, underwent refurbishment and will be flying a combination of new and previously flown components. This is the first time all four forward bulkhead Draco engines, which orient and provide altitude adjustment for the spacecraft during flight, are reused on a NASA commercial crew mission. New spacecraft components include the heat shield, parachutes, and nosecone, KSC reports.

At the conclusion of the mission, Dragon Endurance will depart the space station and re-enter Earth’s atmosphere. After splashdown just off Florida’s coast, a SpaceX recovery vessel will pick up the crew and bring it back to shore.