Former President Obama will campaign in South Florida just one day after the current President held a rally there.

While there, he dug into Joe Biden's plan for the COVID-19 pandemic and how it would affect the Sunshine State, citing "Biden's cruel lockdown." 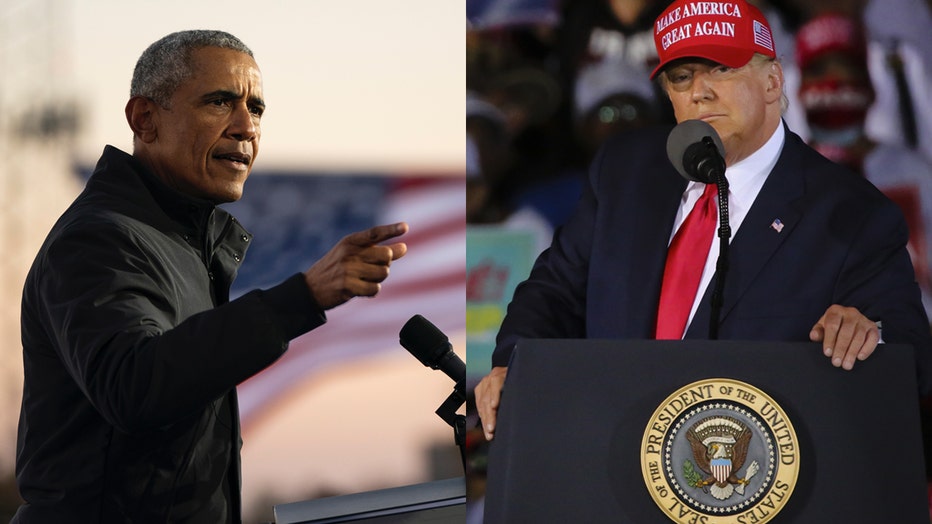 Former President Barack Obama will hit South Florida on Monday, just one day after the President. He will campaign for Biden, pushing for Election Day votes.

Both Eric Trump and Jill Biden spoke in Central Florida over the weekend.

The Sunshine State has become one of the most important U.S. swing states over the last several decades. It has the third-largest number of electoral votes (29) and the most electoral votes of any battleground state.

Since 1964, the candidate who has won Florida has also gone on to win the presidency in (almost) every single election — with the exception of 1992. It also has consistently had the lowest average margin of victory for almost three decades, experts say.