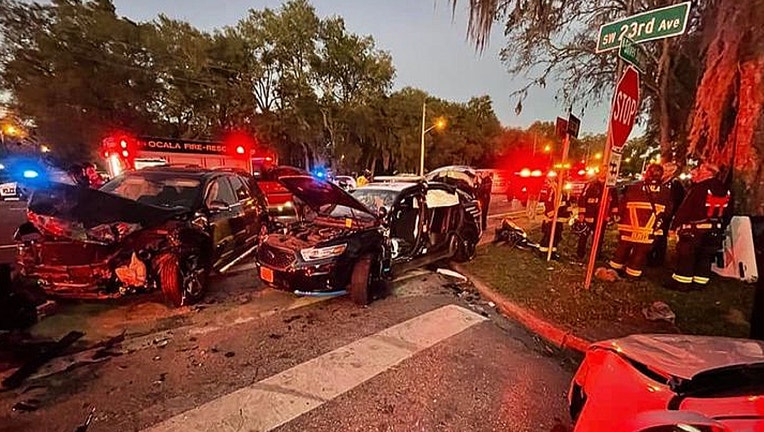 OCALA, Fla. - An Ocala police officer was involved in a crash with two other vehicles, according to the police department.

The police officer was transported to a nearby hospital but is expected to be OK, Ocala police said.

No one involved in the crash was seriously injured, according to officials.

This crash remains under investigation.

No other details were immediately released.