Orlando and Central Florida will see drier air and slightly cooler temperatures this weekend, Next week will usher in much cooler, fall-like temperatures.

Main weather concerns: An isolated shower or storm could linger over Central Florida Friday evening, mostly south of I-4. Our front has slipped to our south and will stall out this weekend over South Florida. Just enough moisture could remain over areas along and south of I-4 for an isolated rain chance Saturday. Dry, sunshine looks to take over for most this weekend. 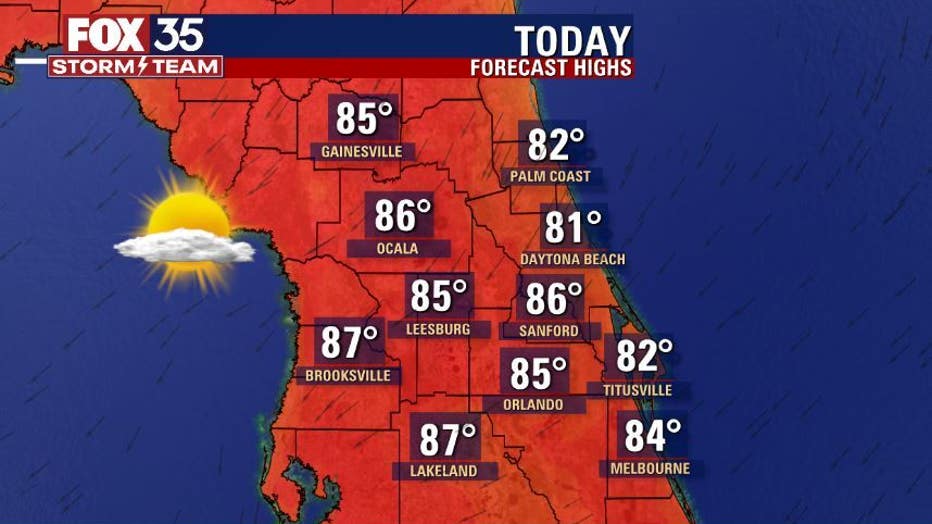 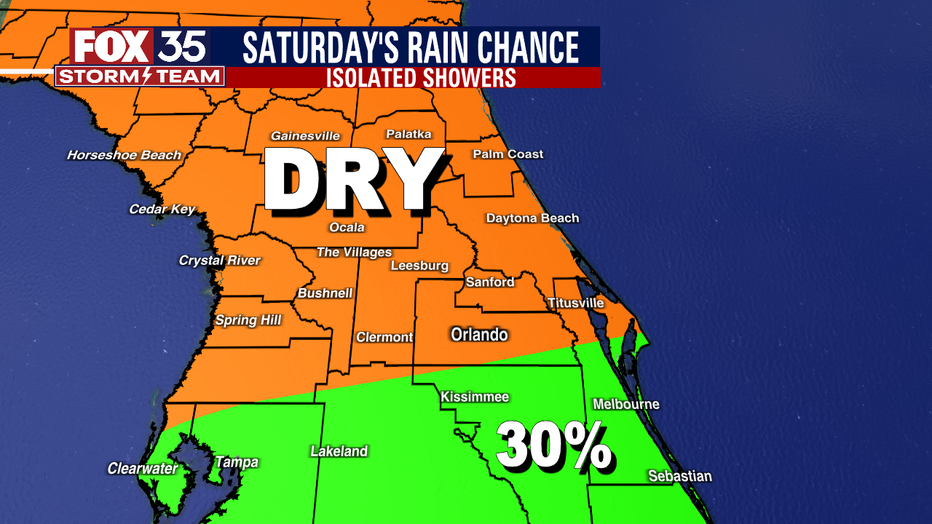 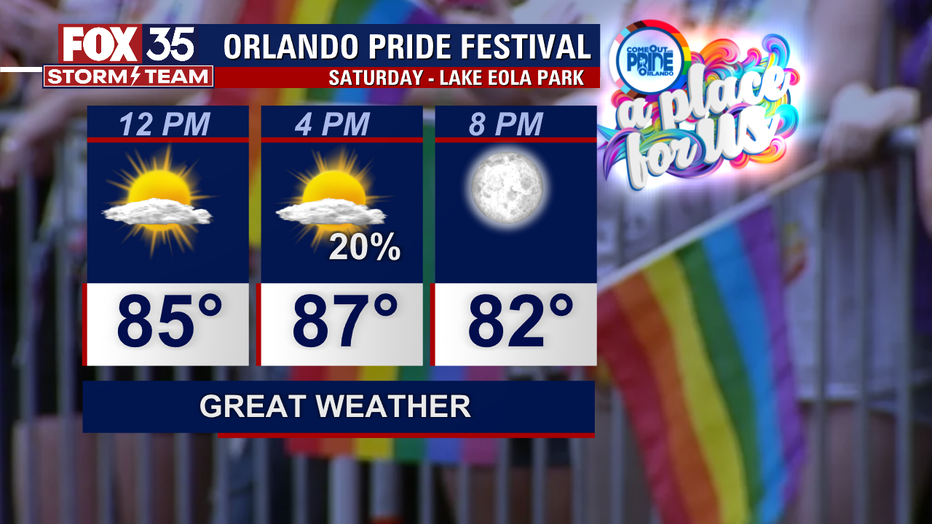 BEACHES:
Great weather is expected along the coast into the weekend A stray shower or storm is possible over the Space Coast and to the south, but mostly sunny skies should dominate with an onshore wind. Surf remains at 1-2 feet with a moderate risk of a rip current.

THEME PARKS:
Isolated rain chances continue Saturday afternoon. The best time would be the morning if you are hoping to avoid any rain. Highs will top out near 87. 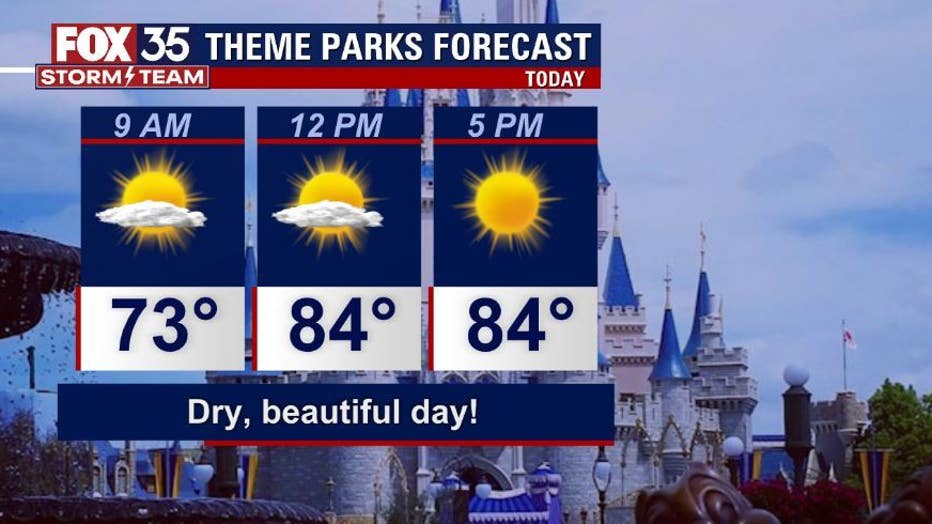 OUTLOOK:
The cool front moves south of us into this weekend which will lead to drier air overall. Humidity will be a step lower, but nothing dramatic with highs still in the mid 80s for most. Early next week another front moves in and that could bring a more significant change to the forecast by midweek. 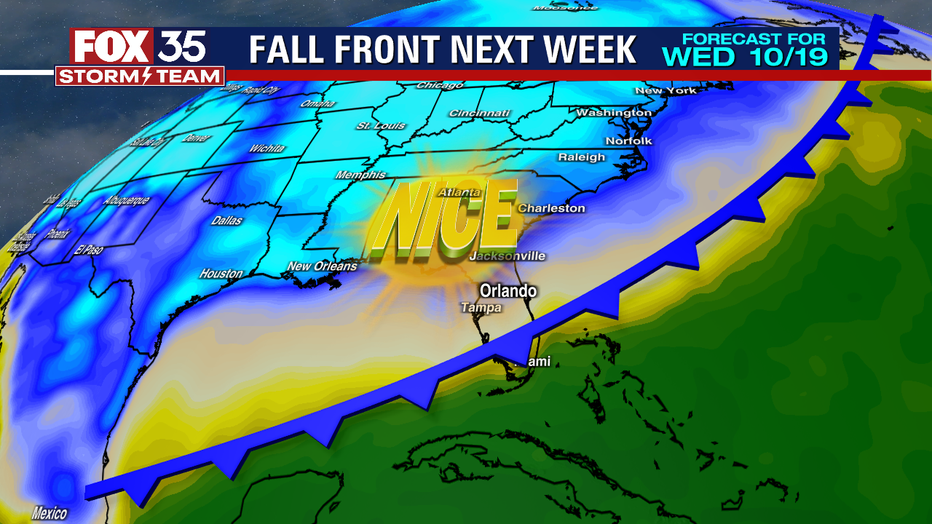 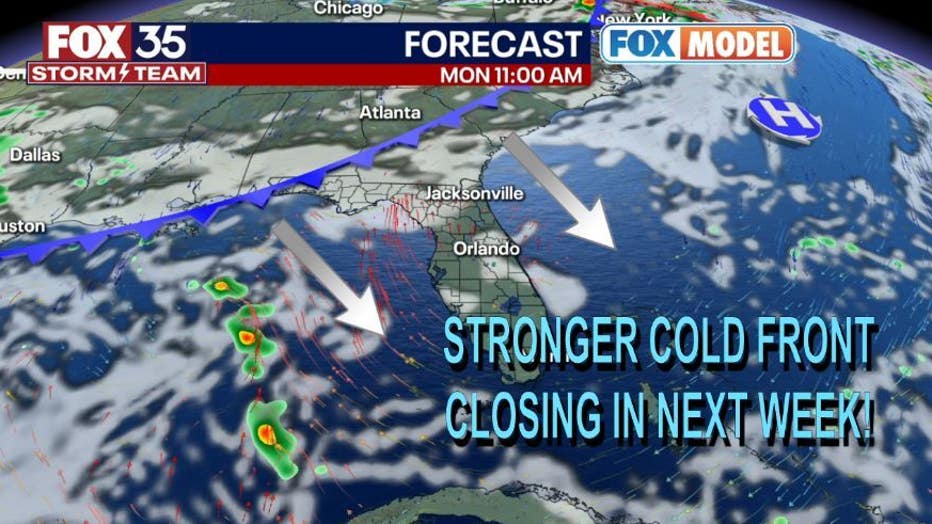 TROPICS:
Tropical Storm Karl remains pinned in the Southwestern Gulf, very close to Mexico. Karl will stay a tropical storm before landfall in Mexico tonight. Karl stays away from the U.S. Another disturbance is given a low chance of development in the next 5 days off the west coast of Africa, but no signs that would be any threat to us. The FOX 35 Storm Team continues to monitor the tropics for you, remember to depend on us! 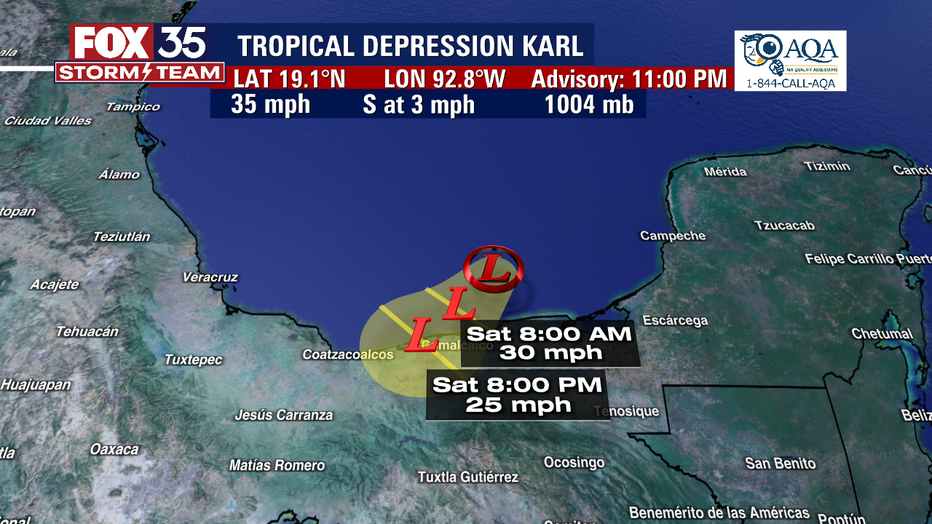