DADE CITY, Fla. - It opened less than a month ago, but Florida's first snow park has just been temporarily shut down by officials in Pasco County.

Snowcat Ridge posted a message on their Facebook page Thursday afternoon, saying officials from the county showed up to the park on Wednesday evening to revoke their permit.

The county said it is eager to work with the park to get this unique attraction open, but that they won't until all safety issues are corrected. The county said it became aware November 25 that there were unsafe structures, without required permits or certificates of occupancy.

Officials said the park has pulled numerous permits since July, but that only one has been approved and no further inspections were requested.

The park said in a statement "the county revoked our existing permit and forced us to close on Thursday, December 10 and as well as the morning and afternoon of Friday, December 11. We are working closely with the county to resolve these issues."

FOX 13 News spoke with a family who drove over two hours to get here for a birthday celebration, only to find out when they got here that it was closed.

“I am upset, it was time we were going to spend with my family. We also were going to celebrate her birthday." Raquel Finol said. “We were saving, you know the situation with COVID, we have no jobs, so we were saving money to come here and celebrate my sister's birthday and it never happened."

There are three main attractions: an alpine village where you can buy food, drinks and souvenirs, an arctic Igloo with real snow inside, and the 60-foot-tall, 400-foot-long snowy slopes.

Riders tube down the hill in either a single, double, or family-sized tube at speeds that can hit almost 30 miles an hour.

However, the park says the county "has failed to recognize our State of Florida amusement ride approvals and will not allow us to open Snowy Slopes."

Snowcat Ridge released the following statement to FOX 13: "The county revoked our existing permit and forced us to close on Thursday, December 10th and as well as the morning and afternoon of Friday, December 11th. We are working closely with the county to resolve these issues."

Pasco officials say they are committed to working with the snow park to address all outstanding issues.

"We look forward to the reopening of this unique attraction," the county said in a statement. 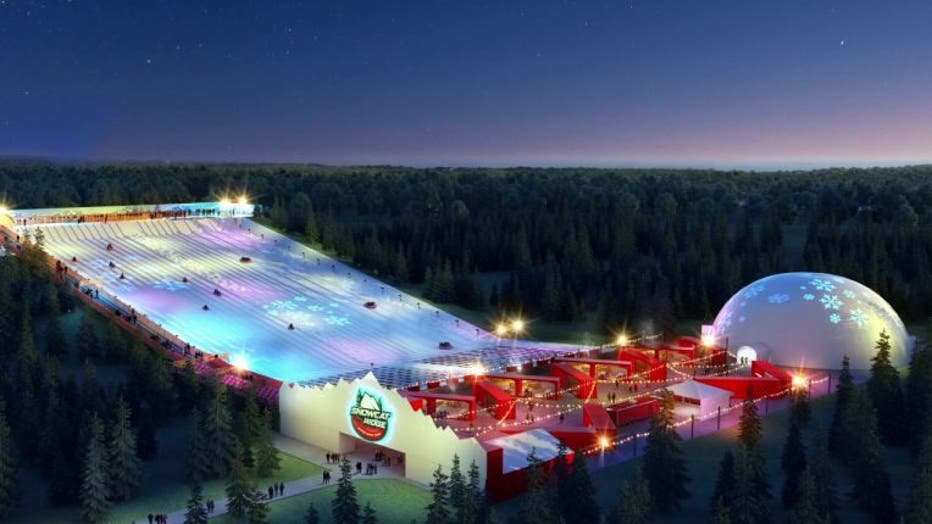