The boy's mother said that the potato masher may seem just like a utensil, but it is really Liam's safety blanket.

ORLANDO, Fla. - While a potato masher may just be another kitchen utensil to us, to six-year-old Liam, the masher means security and joy. Liam has non-verbal autism and his mother described the potato masher as a "safety blanket" for him.

Everywhere Liam goes, the masher follows. To dinner, to bed, to his bath -- everywhere. Unfortunately, Liam is fighting cancer and lost his masher one day while getting chemo. His mother Kelly did not know what to do.

"We tried everything. We took him to the Dollar Tree, we were at Target, we were like do you like this one," she explained. "I found a spaghetti spoon that looked like a dinosaur."

Yet, nothing could replace Liam's potato masher. Despite thinking it was a long shot, she put out a call for help on Facebook, stating "Somebody's got to help us because this masher... I don't know where it's at. I don't have a brand. I don't have an item number. I have just this picture." 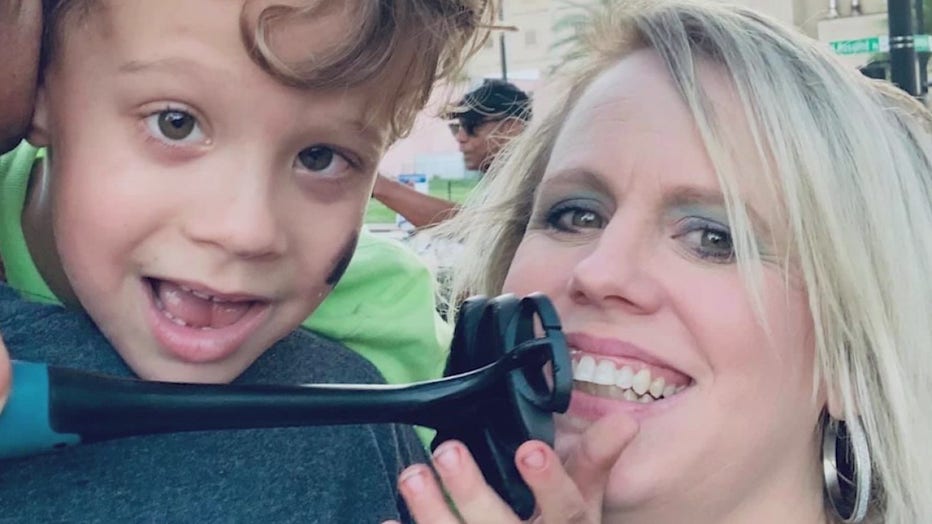 Thankfully, Melissa Holmes knew everything about her masher. She explained that "we got it for our wedding in 2002. It was a group of items that Target had and I just fell in love with it. It was Michael Graves and it was blue and our kitchen was blue. So, I picked out this whole set for my registry."

The masher is said to be 18-years-old and Michael Graves stopped making them. So, despite being sentimental about her wedding gift, she sent Kelly a message telling her she could come pick it up. Ironically, they both live in Casselberry too -- just three miles apart.

"I gave her a bottle of wine. I was like 'I can't hug you because we are on medical quarantine because of the chemo, but I love you. You just saved us. Like you have no idea,'" Kelly said. 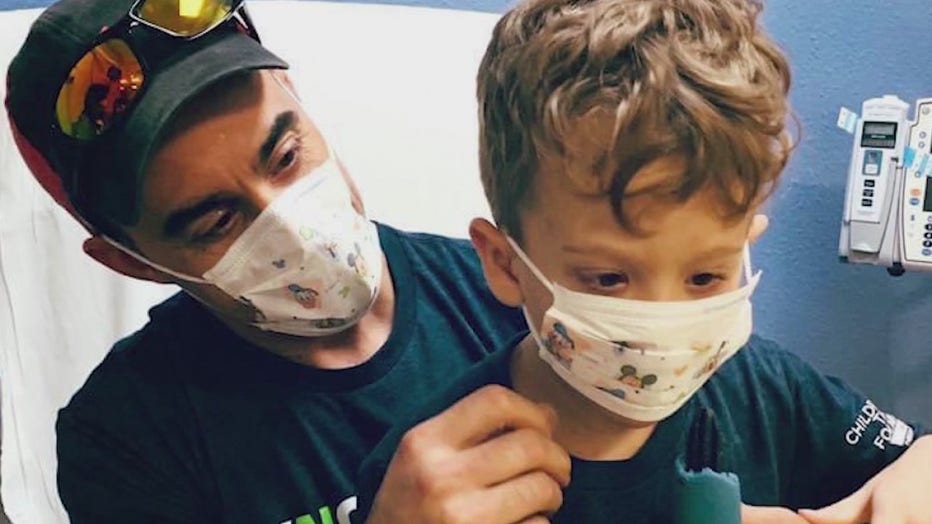 Little Liam was in the bathtub when he was reunited with the masher and his mom said that he actually jumped out of the bathtub and grabbed it from her hands. He hasn't let go since.

Melissa was not the only person to step up and pay it forward though. A Michael Graves executive saw Kelly's post and tracked down another masher in his neighborhood. So now, there is a backup in case Liam's masher goes missing again.