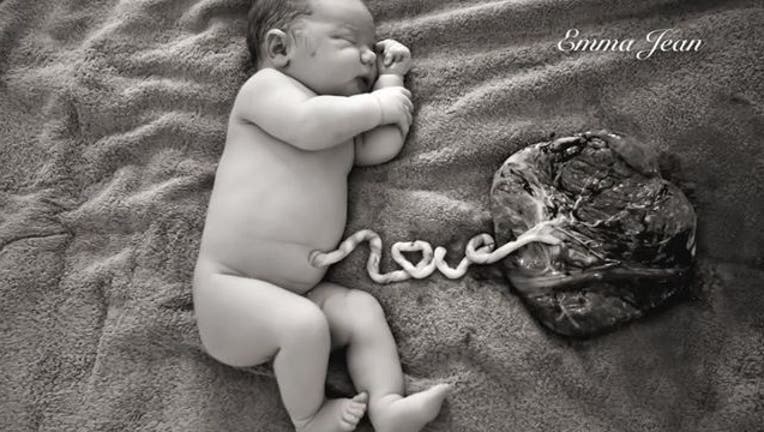 A photo of an Australian newborn attached to his placenta with the umbilical cord shaped to spell “love” has gone viral, prompting discussion about birth rituals. The photo has more than 4,200 likes and more than 1,000 shares.

The black-and-white photo of Harper Hoani Spies was taken an hour and a half after his birth on Jan. 2. His mother, Jolene Spies, is a descendent of the Ngai Tahu tribe of the southern region of New Zealand, The Guardian reported. The photo was taken to show the sacred link between the placenta and the land in Maori culture, expressed in the Maori language by the same word, explained photographer Emma Jean Nolan in the Facebook post.

Nolan is also a trained midwife and said she wanted to take the image because many people have never seen a baby still connected to the placenta. The Brisbane-based photographer told the Guardian Australia that the placenta burial practice isn’t common in western cultures.

“Even many people who live in Australia but who are from cultures that follow this practice often don’t do it,” she told the newspaper. “However, it is clear from the response to this post that there are a lot of people still doing it— many will go to the lengths of traveling home from overseas to bury it on their home land.”