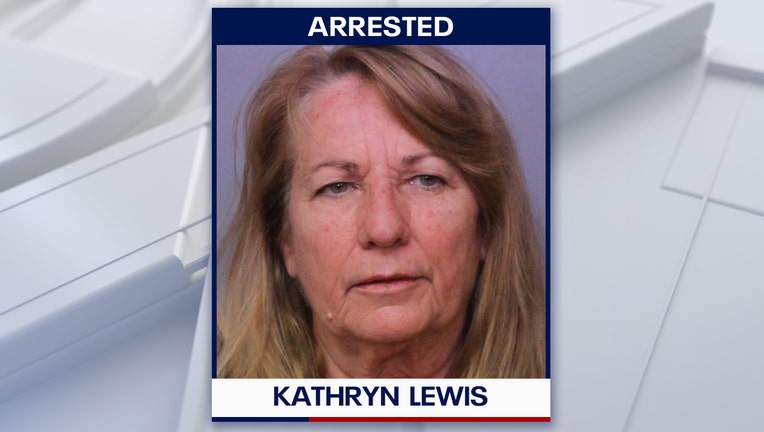 WINTER HAVEN, Fla. - Deputies in Polk County arrested a woman for driving under the influence after they said she caused a crash in Winter Haven.

According to investigators, 57-year-old Kathryn Lewis made a left into the path of another car, failing to yield the right-of-way and causing the other vehicle to crash into Lewis' Nissan Sentra.

An off-duty Haines City police officer was jogging in the area when the other driver approached and said Lewis appeared disoriented and was walking away from the crash.

The Haines City officer stopped Lewis to make sure she was not injured and made sure she stayed at the scene.

When a Polk deputy responded to the scene, he noted that Lewis's eyes were red and watery, adding that she said, "I am in so much trouble" and "I messed up bad."

The sheriff's office said Lewis admitted to the deputy that she had been drinking at a party prior to the crash.

Lewis told deputies that she worked as a middle school physical education teacher for Jewett Middle Academy in Winter Haven.

"We are so thankful that no one was injured in this DUI crash, but this is another sad example of a person in a position of trust making a bad decision," Sheriff Grady Judd said in a statement. "We expect more from people who not only work closely with children, but who are also role models to children. As such, they need to understand that they are held to a higher standard and need to behave like it."

Lewis was arrested and charged with DUI as well as DUI with property damage.

The sheriff's office said her prior criminal history includes DUI arrests in Daytona Beach and St. Lucie County, as well as neglect of a child.