"If anyone is alone today and feeling lonely, you are invited to my Thanksgiving dinner," Jessica Kantrowitz wrote on Twitter. "I made lemon & rosemary turkey. Tell me your hair & eye color & what you’re bringing, & I’ll draw you in."

HERSHEY, Pa. - Reese’s debuted a "Thanksgiving Pie" this week, which is actually just a super-sized peanut butter cup, and the special holiday treat sold out within a matter of hours.

The company on Monday debuted the limited-edition dessert, which is the size of an actual pie. It has a 9-inch diameter and comes in at 3.25 pounds of solid peanut butter and chocolate. It said only 3,000 pies were available for sale at $44.99 plus tax.

Within hours, Reese’s wrote on its Facebook page that all of its special Thanksgiving treats had been snatched up.

"Looks like Reese’s fans were really thankful for the new Reese’s pie this year as it is now sold out," the company wrote at 9 a.m. Monday.

Many commenters expressed sadness of having missed out on the giant Reese’s peanut cup, which is the largest it has ever sold. Several noted how they could make their own version for a cheaper price at home. 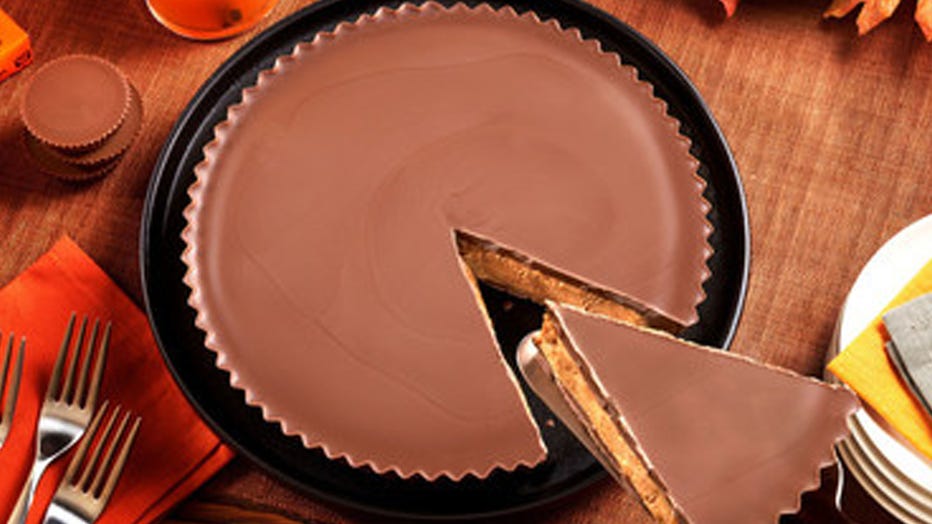 The 9-Inch Reese's Thanksgiving Pie is pictured in a provided image, which weighs 3.25 pounds of solid peanut butter and chocolate. (Credit: The Hershey Company)

"Just yes!!! Price is ridiculous but I think I will still buy it. I'm in love with my reeses!!!" one person wrote on the Facebook post.

"Super bummed I didn’t see this until after it was already sold out," another peanut butter lover added.

"That's a crazy price. I made one myself and it was amazing for like $5," a fourth commenter shared.

The announcement of the Reese’s Thanksgiving Pie included a statement from Bo Jones, senior associate brand manager at Reese's, who said the company "wanted to create a dessert that everyone wants a piece of."

"When you bring together friends and family for Thanksgiving dinner, no table spread is complete without dessert," Jones said in the statement. "You can thank us later."

A company spokesperson told the New York Post that it doesn’t expect to release any additional Reese’s Thanksgiving Pies. But the outlet noted how some die-hard peanut butter candy addicts may be able to score the limited-edition treat on eBay — with some listings reaching bids over $400 and counting.

Reese’s, which is owned by Hershey Company, has experimented with its best-selling candy in the past.

Earlier this year, the company announced the release of an all peanut butter cup — without chocolate — in honor of National Peanut Butter Day. It was the first time the iconic cup’s entire candy shell was made out of peanut butter and also filled with peanut butter.