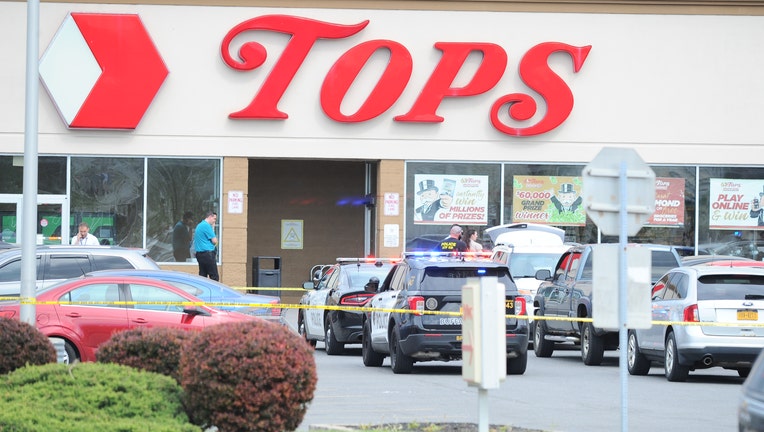 BUFFALO, NY - MAY 14: Buffalo Police on scene at a Tops Friendly Market on May 14, 2022 in Buffalo, New York. According to reports, at least 10 people were killed after a mass shooting at the store with the shooter in police custody. (Photo by John N

A retired police officer who was one of the 10 people killed in the Buffalo, New York mass shooting Saturday afternoon is being praised as a "hero" by the city's police department.

When Gendron entered the store, Salter, who worked as a security guard at the store, shot him with his firearm multiple times. However, the gunman was wearing armored plating that deflected the bullets. Gendron then fatally shot Salter.

The police department has reached out to Salter's family to offer its condolences.

"I had the pleasure of knowing him, great guy, well respected, well-liked. This is just horrific. It’s tragic. I don’t know what other words to describe it," Buffalo Police Benevolent Association President John Evans said, according to the local outlet.

Salter was one of two people who died from the shooting to be identified. Ruth Whitfield, 86, was also killed in the shooting.

In addition to the 10 people who were killed, three others were injured in Saturday's incident.

The gunman is being charged with first-degree murder and pleaded not guilty Saturday evening.