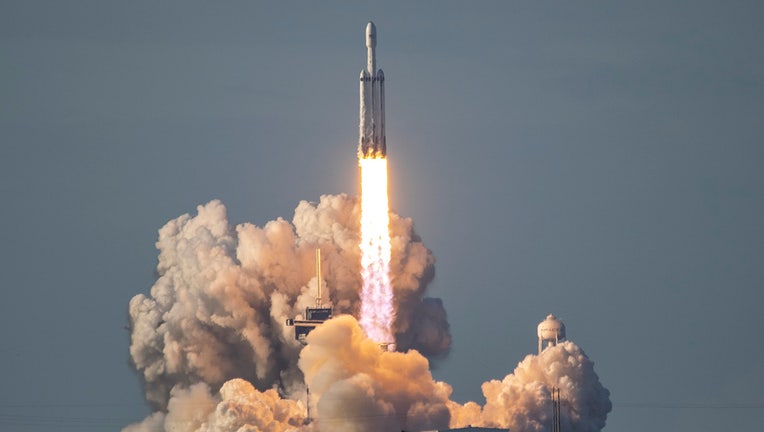 A Falcon Heavy rocket lifts off with the Arabsat-6A satellite from Kennedy Space Center in Florida on April 11, 2019. (FOX photo)

CAPE CANAVERAL, Fla. - SpaceX has delayed its Saturday launch of the USSF-67 mission for the U.S. Space Force from Florida's Space Coast.

The Falcon Heavy rocket is now scheduled to blast off from NASA's Kennedy Space Center from Launchpad 39A.

With its triple rocket boosters, a Falcon Heavy launch is an exciting experience to see in person.

When the launch happens, you can watch it in the FOX 35 News App.