Volusia County Beaches has rescued a turtle. They posted about the rescue on Facebook on Thursday.

VOLUSIA COUNTY, Fla. - Volusia County Beach Patrol has rescued a turtle. They posted about the rescue on Facebook on Thursday.

The turtle wasn't moving, appeared lethargic," said Capt. Tammy Maphurs with Volusia County Beach Patrol. "Our officers went out into knee-deep water and brought her to shore and they realized there was definitely something wrong with her."

She discovered by Beach Safety Officer Ryan Skinner in Ormond Beach, who also took photos of the reptile along the water.

The 240-pound loggerhead was struggling in the surf and in need of help. They were able to load her into a vehicle and beach patrol officers rushed her to the Marine Science Center. They said that they nicknamed the turtle, "Sunrise."

"They will be doing further diagnostic testing on her and giving her fluids in case she's dehydrated," Malphurs added. 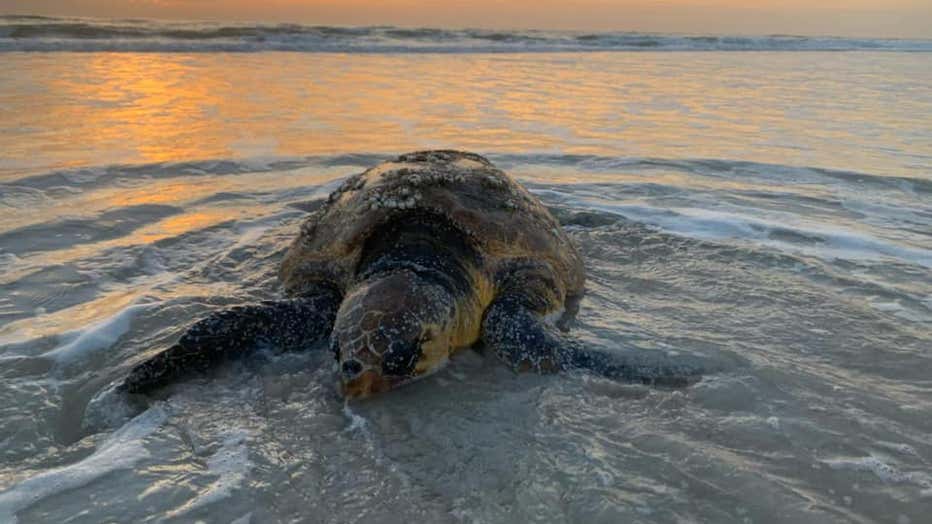