FOX 35 Storm Team's Brooks Garner has the latest on the tropical system that is impacting Louisiana with heavy wind and rain.

ORLANDO, Fla. - 11 P.M. UPDATE: The National Hurricane Center is holding off on naming the tropical system forecasted to come ashore on the Louisiana coast early Saturday morning at around midnight or 1 a.m.

FOX 35 Storm Team's Brooks Garner said the system has tropical storm characteristics, but the NHC has not officially designated it as Claudette.

As of the 11 p.m. update, the NHC said the system has 45 mph maximum sustained winds.

The NHC said, "The system still is likely to become a tropical or subtropical storm before landfall."

Landfall is expected on Louisiana's coast by about midnight or 1 a.m. on Saturday, according to officials. 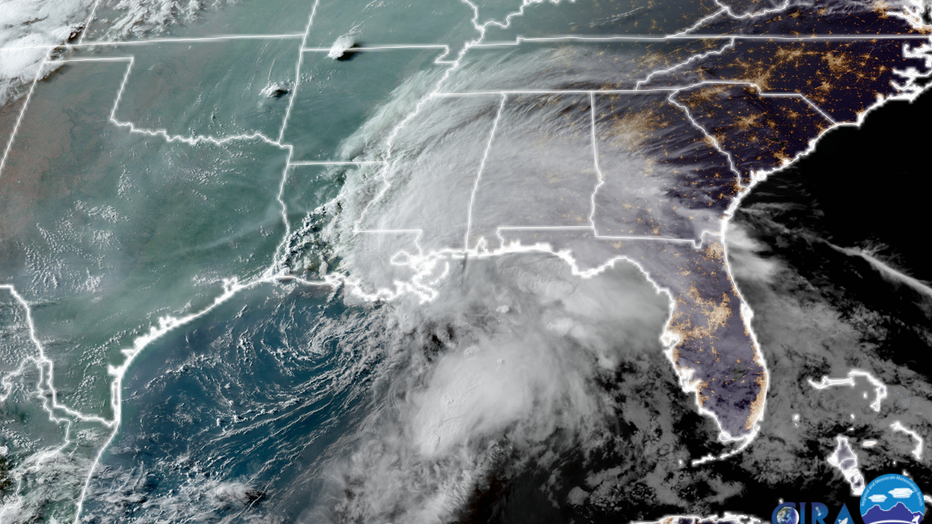 He said a subtropical storm has elements of both a tropical and a non-tropical low-pressure system. With this system, winds are sustained at 45 mph (tropical storm strength) and heavy rain is pumping into the east circulation, so impacts are that of a tropical storm, Garner said.

Tropical storm warnings have been posted for Louisiana to Walton County, Florida.

Garner said, "This ‘shrimp-shaped’ storm is typical for an early-season tropical system as conditions are favorable but not quite as ripe as they are later in the season when more concentric and often more powerful tropical systems can strike."

5 P.M. UPDATE: The National Hurricane Center says the subtropical storm has a 90% chance of developing into Claudette. Forecasters say it has tropical storm force winds of 45 mph but is still not fully formed.

2 P.M. UPDATE: We could see our third named storm of the 2021 Atlantic hurricane season on Friday.

The National Hurricane Center has issued tropical storm warnings for the central Gulf Coast ahead of the likely formation of Tropical Storm Claudette. The system is expected to dump several inches of rain on Louisiana as it slogs ashore.

"The system is moving toward the north near 14 mph and a north to north-northeast motion is expected during the next day or so.," the NHC said. "On the forecast track, the system will make landfall along the north-central Gulf Coast tonight or early Saturday.  A northeastward motion across the southeastern United States is likely after landfall through the weekend."

Forecasters say the circulation is gradually becoming better defined, and a tropical storm is likely to form over the north-central Gulf of Mexico sometime on Friday. 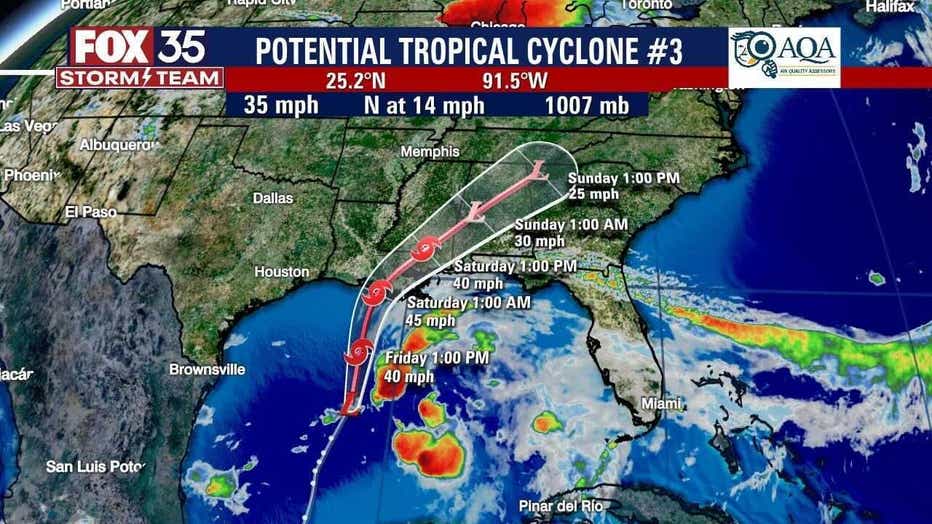 Maximum sustained winds are near 45 mph with higher gusts.

Heavy rain is expected to continue affecting South Louisiana and coastal Mississippi through Father's Day on Sunday, with as much as 12 inches of rain possible as the storm slogs through. The system is not supposed to have any direct impact to Florida.

Tropical Storm Bill formed earlier this week as it moved away from the east coast of the U.S. and further into the cooler waters of the Atlantic Ocean. It has since weakened to a post-tropical cyclone. Subtropical Storm Ana formed before the official start of the 2021 hurricane season.

NOAA issued its annual hurricane season outlook last month, calling for an above-average number of storms in 2021, but not as many as last year’s record-breaking season.