Tracking the Tropics: All eyes on potential tropical development that could impact Florida

All eyes are on the potential for a tropical system to develop near the Bahamas early next week, possibly bringing wind and rain impacts to Florida during that time. Questions remain on timing and intensity, but regardless most models indicate our area will see worsening conditions throughout the week.

ORLANDO, Fla. - A disturbance in the Atlantic has an increased chance of tropical development and forecasters say it could have weather impacts on Florida.

The area of low pressure has the potential to become a subtropical or tropical system early next week. As of Sunday, it has a 90% chance of developing over the next five days.

"A subtropical or tropical depression is likely to form early this week while the system turns westward or west-southwestward over the southwestern Atlantic.," the National Hurricane Center said.

What does that mean for Florida? 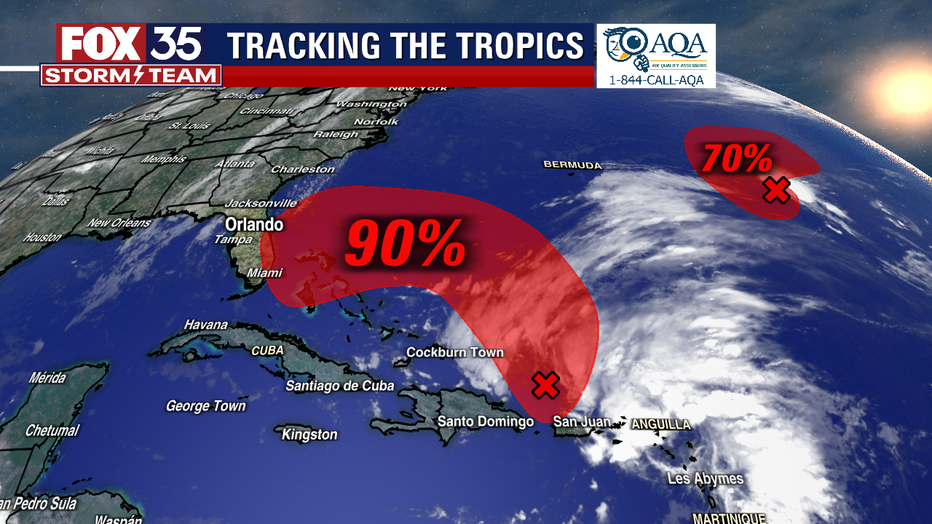 While there is still uncertainty about where the system may go and when, FOX 35 Storm Team Meteorologist Ian Cassette says Florida should expect an increase in rain, gusty winds, and increasing surf along the Florida beaches as it moves closer to the Bahamas mid-week.

RELATED: Central Florida residents, visitors urged to stay off beaches ahead of storm 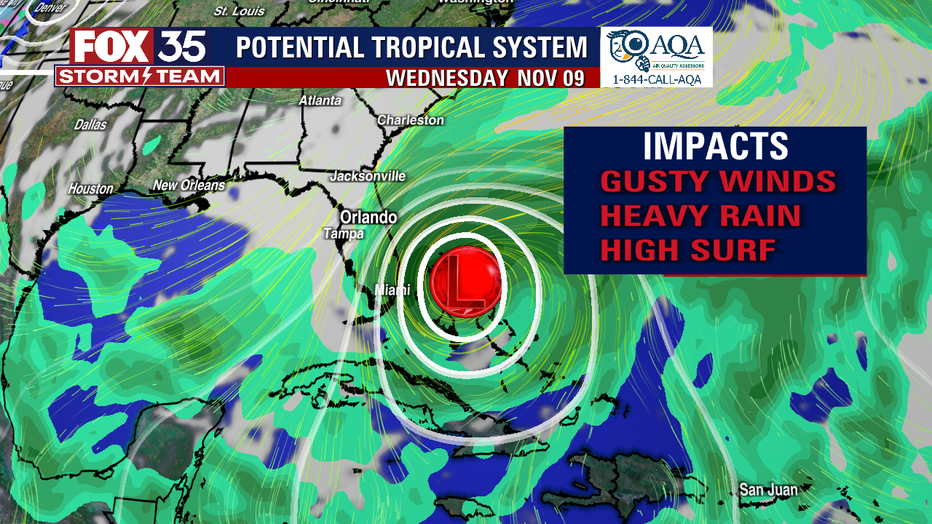 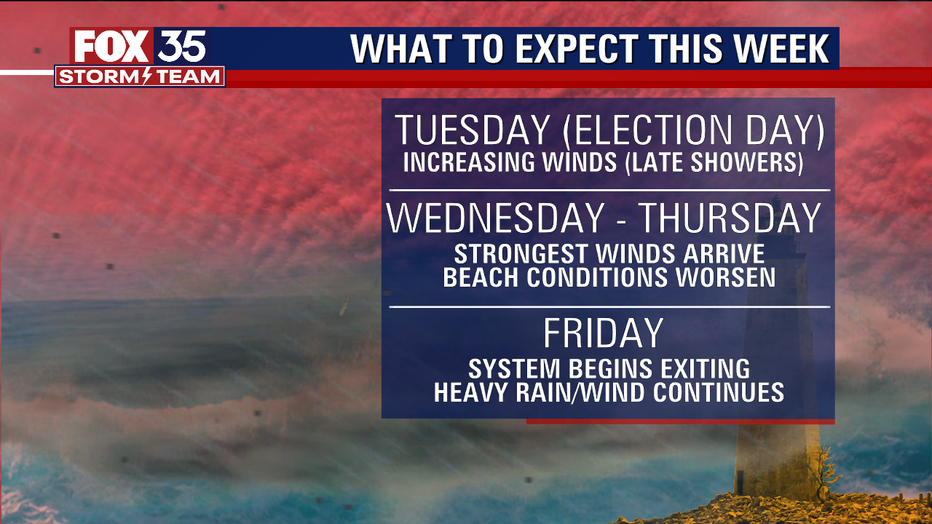 If it does become a named storm, it would be named Nicole.

Also on the radar is another area of low pressure located several hundred miles east of Bermuda that the NHC said could become a short-lived tropical depression or storm that could form later today while the system drifts slowly over the central Atlantic.

The FOX 35 Storm Team will be watching it. Hurricane season wraps up Nov. 30.