Two firefighters are recovering following a crash in Brevard County. FOX 35 News is investigating how the head-on crash occurred.

BREVARD COUNTY, Fla. - Four people, including three Brevard County firefighters, were transported to the hospital late Sunday night after their fire truck and a pickup truck crashed at an intersection. Two firefighters were listed in serious or critical condition, while a third was released from the hospital. The driver of the pickup truck is also listed in critical condition.

Don Walker, spokesperson for Brevard County Emergency Management Office, said the firefighters were returning from a call Sunday night when the crash happened. He was unable to release any additional details.

The driver of the pickup truck, a 35-year-old, was also listed in critical condition, according to FHP. 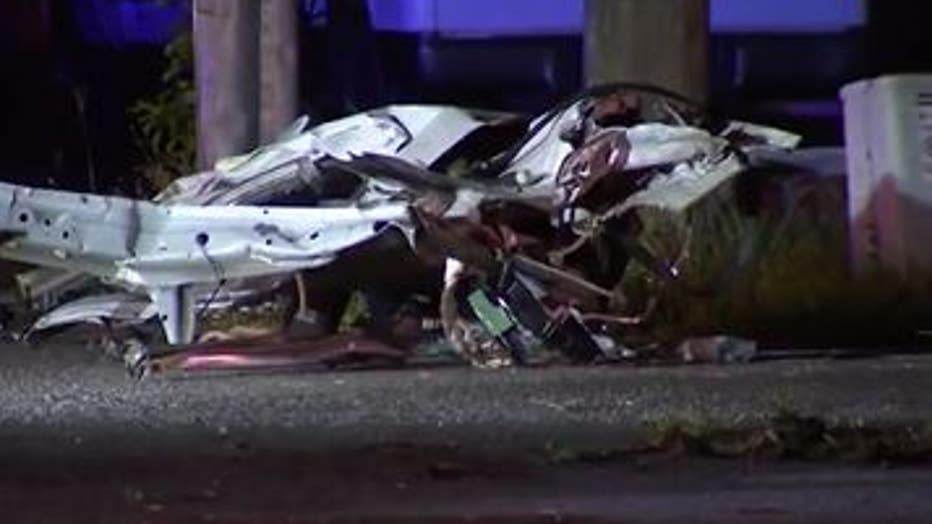 "Shocking. It was a pretty bad one," said Wendy Clark, who lives nearby. She said crews spent hours overnight cleaning up the debris.

Tara Crescenzi, spokesperson for FHP, said the agency was wishing a speedy recovery to all those involved.

MORE NEWS: Toddler with 'hundreds' of injuries dies after being thrown against a wall, St. Pete police say