A home owner's association in The Villages is suing one of their residents for displaying lawn ornaments, including a cross.

THE VILLAGES, Fla. - A homeowner's association in The Villages is suing one of their residents for displaying lawn ornaments, including a cross.

Here at the Villages, there are flags and statues. But lately, it’s the crosses in neighbor's yards that are getting extra attention.

Resident Virginia Jacobs says, "this is something we believe in."

However, Anderson says she and her husband are being forced to remove their cross after someone made an anonymous complaint, telling FOX 35 that "The Villages came to tell us we had to remove it. But we didn’t do it." 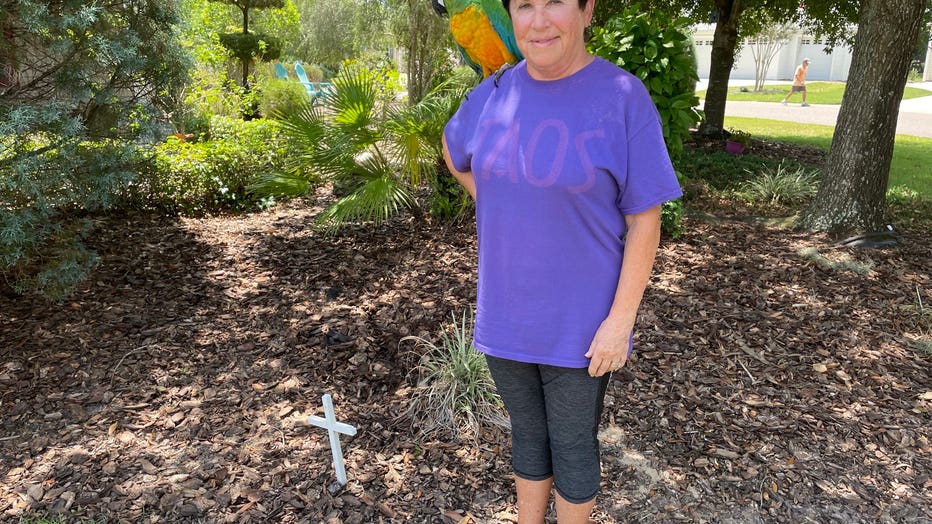 Last year, the Village Community Development District #8 sued the Anderson’s in court, saying they were in violation because they had three lawn ornaments on their yard. According to the lawsuit, it’s something that’s prohibited.

"We had some and removed those," Bonnie said. However, she added that she kept the cross up because it’s not just a lawn ornament. "Someone just driving by that doesn’t like the cross [and] complains anonymously to the Villages. So, they come out and tell you, ‘you have to remove it.’"

Neighbor Virginia Jacobs, who also displays her cross, says "I feel its unfair, I think she’s being targeted."

Jacobs added, "They also complained about my cross a long time ago and I took it away for 30 days and I put it back out."

"We owe like $15,000 or so," Bonnie said. She explained that the fines are racking up and prays a judge rules in her favor, when they get their day in court. "It’s just so tiny and everyone has one, it’s just not fair."

FOX 35 reached out to the attorney representing the HOA but hasn't heard back yet.