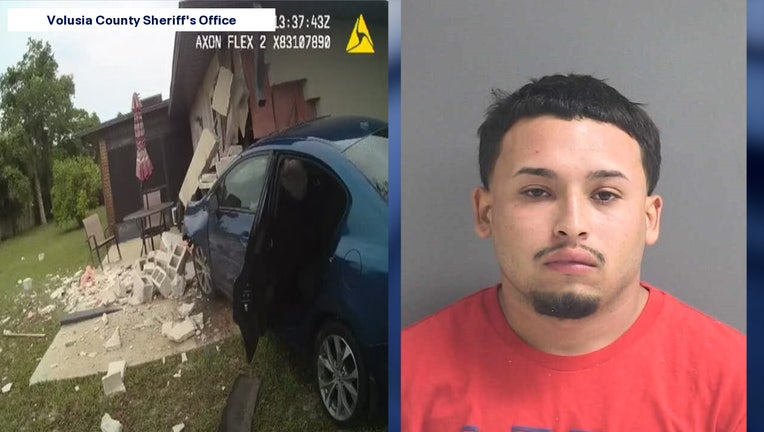 VOLUSIA COUNTY, Fla. - A Florida man allegedly crashed his car into a Volusia County home on Sunday, and instead of reporting the crash, he falsely reported the car stolen, according to the Volusia County Sheriff's Office.

Deputies arrested Amador Rodriguez, 20, of Deltona, on charges of leaving the scene of a crash with property damage and lying to law enforcement.

Authorities said a deputy arrived at Rodriguez's home on Normandy Boulevard around 2 a.m. to take his report of his car being stolen.

TRENDING: Monkeypox in Florida: Symptoms to watch for

According to VCSO, Rodriguez told the deputy that he parked his blue Honda Civic in his driveway around 9 p.m. Saturday and left it unlocked with his keys and wallet inside.

Deputies entered the car stolen and began an investigation.

Later Sunday morning, deputies were called to a car that had crashed into a house on Normandy Boulevard, a few blocks from Rodriguez's home. 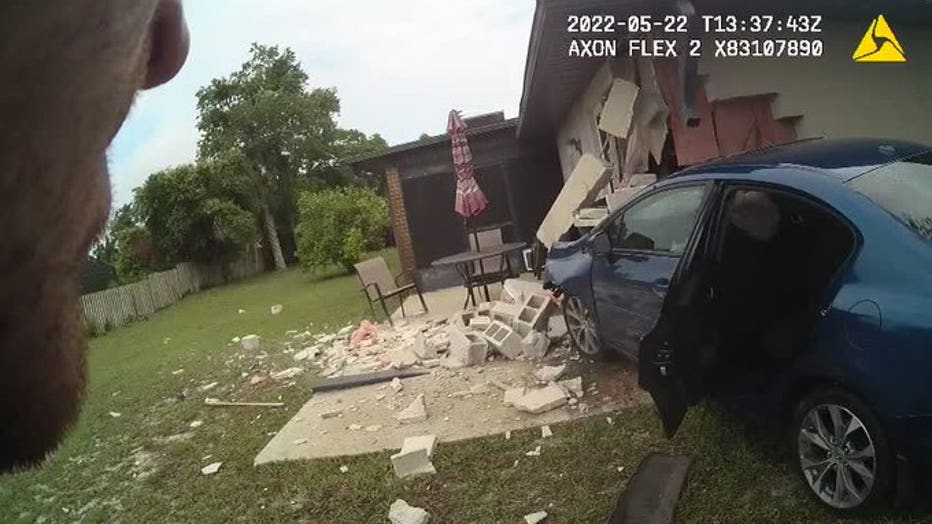 When deputies arrived, they found Rodriguez's car partially wedged into the back of the house – causing significant damage.

Deputies said no one was home at the time of the crash.

Rodriguez later admitted to investigators that he crashed the car and made up the story about the car being stolen, according to VCSO.

STORY: Has the cost of Disney World become unaffordable for the average American family?

Instead of reporting the crash and checking for anyone potentially injured inside the house, deputies said he walked home. VCSO said he had minor injuries that he may have received after the airbag deployed in the crash.