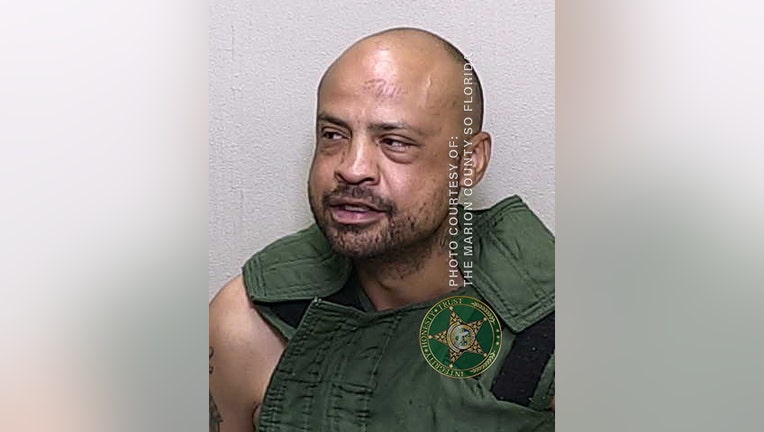 OCALA, Fla. - The Marion County Sheriff's Office arrested a man they say held a woman against her will, battered her and stabbed her for days.

They say they received a call on Wednesday, in reference to a victim being held against her will, stabbed and sexually assaulted.

When investigators made contact with the victim, they say they saw extensive injuries on the woman, who told them that she met Rodriguez-Cordero on April 3 at his home in Ocala.

After a fight, she told deputies that he forced her inside the home after he hit her in the face repeatedly.

She told deputies that he forced her inside the home to clean the blood and dirt off of herself.

Officials say he battered her again and then bandaged her wounds and said that he would "show her mercy."

Deputies say the woman was held against her will from April 4 to April 7.

During that period of time, the victim told deputies that Rodriguez-Cordero would let the victim "heal" for a day and then batter and stab her again the next day.

On one of the days, the woman told investigators that the suspect sexually battered her, as she was in fear of repercussions if she resisted.

On April 7, the sheriff's office said the woman was able to escape from Rodriguez-Cordero's home and run to a nearby home to get help.

The woman was immediately taken to the hospital for treatment.

The sheriff's office said deputies executed a search warrant at Rodriguez-Cordero's home and told him about the allegations against him.

Officials said he admitted to hitting the woman but said he did not remember if he stabbed her.

Rodriguez-Cordero was arrested and taken to the Marion County Jail, where he is being held without bond.