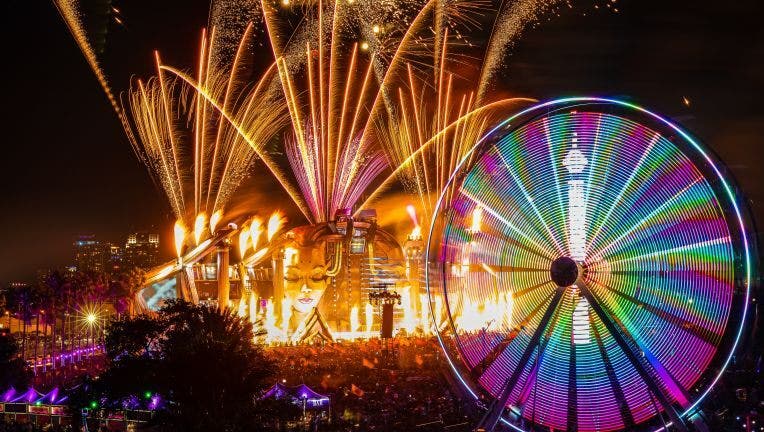 ORLANDO, Fla. - The Electric Daisy Carnival, commonly known as EDC, is coming back to Orlando -- and it promises to pack some extra punch.

The three-day music extravaganza is taking place Nov. 12-14, 2021 at Tinker Field near Camping World Stadium. The festival typically brings out hundreds of thousands of attendees.

"2021 will also mark 25 years of the world-renowned Electric Daisy Carnival brand, which has entertained millions of fans across the globe from Las Vegas, Orlando, Mexico City, Korea, China and beyond, continuing to expand throughout the world," Insomniac Events announced in a press release.

Tickets go on sale on Thursday, April 1 at 12 p.m. ET at edcorlando.frontgatetickets.com. General admission passes begin at $179.99 and VIP passes begin at $379.99. Layaway plans for all ticket types will be available for $0 down.

The festival has enjoyed much success in Orlando, growing in attendance every year from 30,000 in 2007 to more than 100,000 in 2019. The festival had to be postponed last year because of the coronavirus pandemic.

The company behind EDC has not announced any plans for COVID-19 safety protocols at this time.