Several senators raised strong concerns about the gambling pact with the Seminole tribe, but then most of them wound up voting for it. Pinellas Republican Jeff Brandes was the only senator to vote against it.

TALLAHASSEE, Fla. - With legal battles looming over the expansion of gambling in Florida, lawmakers are poised to pass a sweeping deal that would give the Seminole Tribe control of sports betting throughout the state in exchange for a promise of at least $2.5 billion over the first five years of a three-decade pact.

The Florida Senate on Tuesday approved the deal, known as a "compact," with only Sen. Jeff Brandes, R-St. Petersburg, voting against it. The House is expected to sign off on the proposal Wednesday and wrap up a special legislative session called to consider the agreement, which was signed April 23 by Gov. Ron DeSantis and Seminole Tribe of Florida Chairman Marcellus Osceola Jr.

"A compact is very, very tough," Senate President Wilton Simpson, R-Trilby, told reporters Tuesday, noting that state and tribal leaders have worked on reaching a deal for several years. "It is extremely difficult, because there are so many different competing interests. And if there are 50 competing interests, there are at least then probably a million ways to put those pieces of the puzzle together. So we’re very pleased that we were able to get it passed today."

The plan comes more than a decade after then-Gov. Charlie Crist and lawmakers approved an agreement that gave the tribe "exclusive" rights to operate banked card games, such as blackjack. In return for the card games, the Seminoles agreed to pay the state at least $1 billion. But the tribe halted its payments to the state in 2019 following a drawn-out legal dispute over controversial "designated player" games offered at many pari-mutuel cardrooms throughout Florida.

The agreement reached by DeSantis and the tribe would allow pari-mutuel operators to continue to conduct the designated player games, which were a major sticking point in previous attempts at striking a deal with the Seminoles. But the deal would constrain the card games to their current footprint and would not accommodate any significant expansion.

The highest-profile part of the 30-year deal would allow the tribe to serve as the state’s hub for online sports betting, with pari-mutuel operators contracting with the Seminoles. 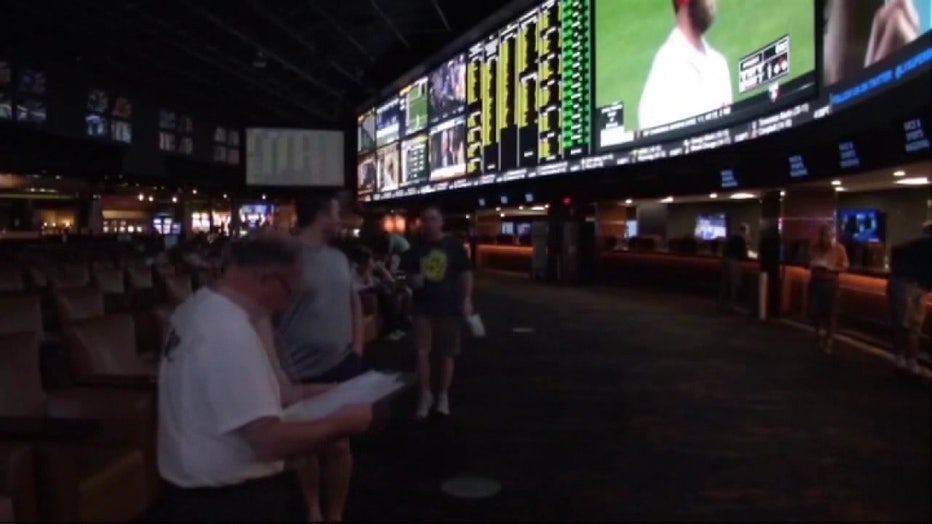 Supporters say the sports-betting arrangement in the proposed compact is designed to comply with a 2018 constitutional amendment, known as Amendment 3, that requires statewide voter approval for future expansions of gambling. The servers handling sports bets offered by the Seminoles and pari-mutuel facilities would be located on tribal lands, a provision that proponents of the measure maintain would comply with federal court rulings and the state Constitution.

But some opponents of the proposed compact assert that the legalization of sports betting is subject to Amendment 3 and therefore requires a statewide vote.

"And basically this document and the bill that are before you admit that, with the many mental and legal gymnastics that it attempts to undertake to purvey a fiction, an illusion, that the gambling that takes place in Randy’s bathtub, in the chairman’s bathtub, is taking place on tribal lands, by virtue of the file server that’s there," John Sowinski, president of the group No Casinos and chairman of the political committee behind the 2018 constitutional amendment, told the House Select Committee on Gaming, chaired by Brevard County Republican Randy Fine.

But Jim Allen, CEO of Seminole Gaming and chairman of Hard Rock International, urged the House panel to give the nod to the proposed compact, saying the state could reap $20 billion over 30 years from the agreement, which also must be approved by the U.S. Department of the Interior.

Allen pointed out that the tribe was a major contributor to the effort behind Amendment 3, spending $22 million to help ensure its passage.

"So from our standpoint, we certainly think we understood what the intentions were of Amendment 3, but, candidly, we could be wrong," he said.

Allen acknowledged that the agreement faces intense scrutiny by the federal government and by opponents such as Sowinski who are almost certain to challenge the compact in court.

But he encouraged lawmakers to support the proposed compact, which would require the tribe to continue annual payments of $450 million over the first five years if the sports betting provision is overturned by the courts or by President Joe Biden’s administration.

Allen’s comments came shortly before more than 100 opponents of the proposed compact gathered outside the Capitol to voice their objections to the deal.

"Florida doesn’t need to be the destination casino gambling state. It needs to be what it is now, the family friendly tourist destination for people all over the world," John Stemberger, president of the Florida Family Policy Council, said.

DeSantis, who is seeking re-election in 2022, has personally pushed lawmakers to approve the deal and has insisted that the sports-betting structure does not require a statewide vote.

But with a floor vote nearing, dozens of conservative House members remained leery of the proposed compact until the Republican governor and the tribe agreed to strip language that could have opened the door to broader online gaming under the control of the tribe.

While the jettison of the online gaming provision assuaged concerns of some Republicans, Rep. Joe Geller, D-Aventura, continued to strenuously object to the proposed deal before the House Select Committee on Gaming voted 25-5 to approve the measure Tuesday.

"I think that this particular compact falls short in a number of different ways … I just don’t think we’re getting enough money," Geller said, adding that the three-decade deal was "just too long."

Simpson, a close ally of the tribe who negotiated a deal in 2019 that DeSantis did not endorse, defended the plan.

"I think we’ve got a great product. And I think that the court system will have their turn at it now, and we’ll see if it holds up. And I believe it will. Well, I have a lot of confidence that it will. But again, that’s not our decision points," Simpson told reporters.