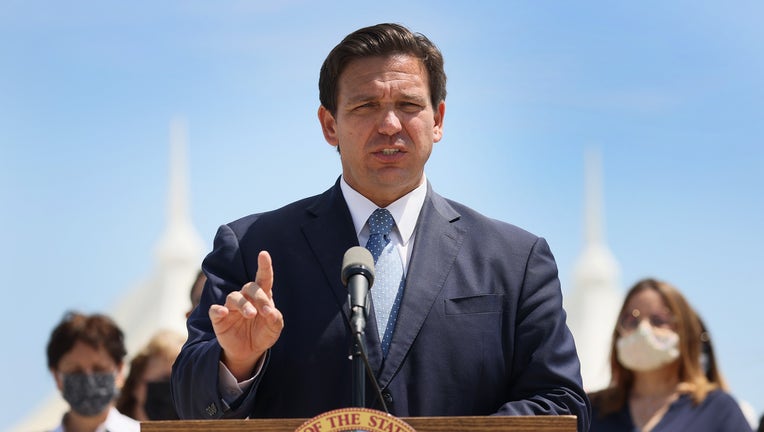 Florida Gov. Ron DeSantis speaks to the media about the cruise industry during a press conference at PortMiami on April 08, 2021 in Miami, Florida. The Governor announced that the state is suing the federal government to allow cruises to resume in Fl

Florida Gov. Ron DeSantis will deliver a speech in the key battleground state of Pennsylvania next month amid mounting speculation that he will run for the GOP’s presidential nomination in 2024, according to a report on Saturday.

DeSantis is set to address the Allegheny County Republican Party at a May 20 event, the Philadelphia Inquirer reported, citing sources familiar with the matter. The event will unfold as the Pennsylvania GOP prepares for a 2022 election cycle that will feature wide-open races for both the governor’s seat and one of the state’s two Senate seats.

Representatives for DeSantis did not immediately return a request for comment.

The Florida governor is considered a likely contender for the GOP’s presidential nomination in 2024. Conservative leaders have praised DeSantis for his handling of the coronavirus pandemic in the state, which has eschewed strict lockdown measures utilized in blue states in favor of a more lenient approach.

Pennsylvania was a key swing state during the 2020 presidential election. President Biden won the state and its 20 electoral votes. In 2016, former President Donald Trump defeated Democratic challenger Hillary Clinton in the state.

TRENDING: UFC fans return to the stands in Florida: Winners and more

Trump has hinted that he may run for office again, but has yet to make to make a definitive statement on his plans. Earlier this month, Haley indicated that she would not run for the presidency against Trump if he decided to enter the race.