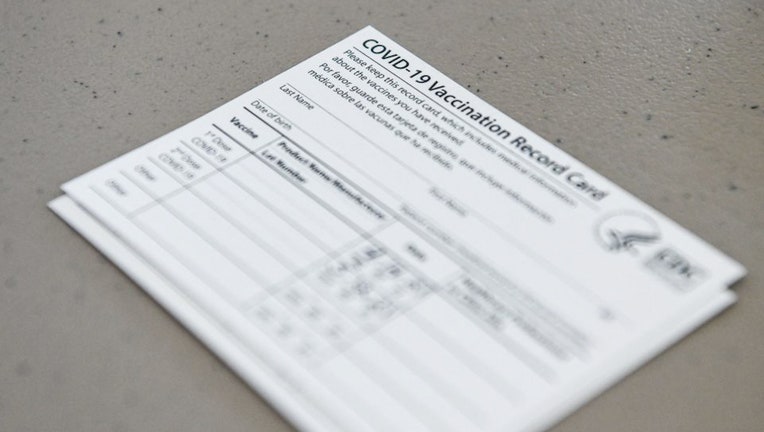 The Senate and House agreed on the final wording of the wide-ranging emergency measure (SB 2006), after Sen. Jason Pizzo, D-North Miami Beach, tried unsuccessfully to make a change directed at a Miami private school that is reportedly discouraging teachers from getting COVID-19 vaccines as the co-founder cites debunked side effects of vaccines.

"My district's counting on us to push back against this quackery," Pizzo pleaded.

After the vote, Pizzo released a statement that said, "In Florida, you can get fired for protecting your health."

"That’s the message my Republican colleagues sent when they failed to protect everyday Floridians from being discriminated against or fired for following CDC guidance and getting a COVID vaccine," Pizzo said in the statement, referring to the federal Centers for Disease Control and Prevention.

The highest-profile part of the bill would prohibit businesses, schools and government agencies from requiring people to show documentation certifying COVID-19 vaccinations or post-infection recovery before gaining entry.

DeSantis on April 2 issued an executive order blocking so-called COVID-19 passports, which he said would create "huge" privacy issues that could result in people handing over medical information to a "big corporation."  The bill would make that permanent.

Senate bill sponsor Sen. Danny Burgess, R-Zephyrhills, said that as the state tries to get back to normal, people shouldn’t have to "provide a piece of documentation to show you got a vaccine in order to go to the grocery store."

"This boils down to choice, this boils down to an individual's ability to choose whether or not to receive a vaccine," Burgess added. "This vaccine is much different than a lot of other vaccines in that it's been something that's been put forward rather quickly. And so, there are families out there, as we all know, who may be at this time, I don't wanna say reluctant, but choosing not to get the vaccine, either now or in the future."

But Democrats argued the measure is tying the hands of the cruise industry and others that have struggled to bring tourists back to Florida, particularly after the Centers for Disease Control and Prevention on Wednesday advised the cruise industry that it could return to American waters this summer.

"How can you expect a cruise ship to operate without setting the parameters for the kind of customers that they want?" Sen. Tina Polsky, D-Boca Raton, said. "And yet, at the same time, in this budget, we are giving millions of dollars to Visit Florida to try to promote tourism and get our state back to, you know, its number one source of income in tourism. And yet we're not allowing cruise ships to make them as safe as humanly possible. I don't understand that hypocrisy."

Part of the new guidance from the CDC is that ships can bypass a simulated test voyage if 98 percent of the crew and 95 percent of the passengers are fully vaccinated.

DeSantis and Attorney General Ashley Moody this month filed a federal lawsuit in Tampa seeking to lift CDC restrictions that idled cruise ships in the U.S. for more than a year because of the pandemic.

"Importantly, the limitation does not apply to a hurricane or other weather-related emergencies, which are (the) overwhelming majority of our emergencies within the state of Florida," Burgess said.

The bill would give the governor power to override local orders if they are determined to "unnecessarily restrict individual rights or liberties."

Among other aspects of the bill, state agencies would be required to develop by the end of 2022 public health emergency plans, and the Division of Emergency Management would have to stockpile personal protective equipment.

The House voted 78-36 to approve the bill Thursday night after the Senate approved it in a 23-15 vote. The measure now goes to DeSantis.