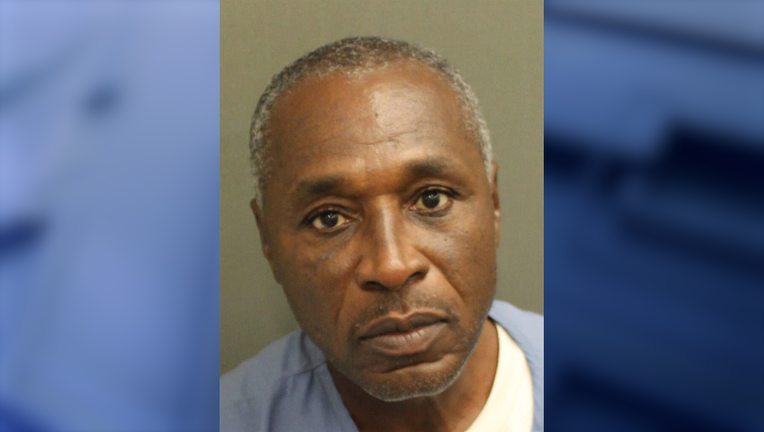 ORANGE COUNTY, Fla. - A Florida man already serving time in a Tampa prison for attempted murder will now face a murder charge in the 2018 shooting death of his then-girlfriend in Orange County, according to the Orange County Sheriff's Office.

Bobby Lee Story, 57, was arrested on Tuesday and transported from the Florida Department of Corrections to the Orange County Jail, where he was booked on second-degree murder.

Story is accused of shooting 41-year-old Denise Hayes in the head on Aug. 24, 2018 inside a home, where she was also caring for two of her grandchildren. Deputies said Story abandoned Hayes' body and the children.

Deputies found Hayes' body after a woman noticed two children – a 2-year-old and 3-year-old – wandering alone in the street, near Indian Hill Road and North Pine Hills Road and called 911. Both children were reportedly "soiled and dehydrated."

According to the report, Hayes and Story did not own or rent the home they were staying in – and were instead squatting there. The homeowner told deputies that the home was vacant, but was expected to be leased by the end of the month.

Deputies said Hayes and Story were in a relationship for about a year and that there was a history of domestic violence. Hayes would frequently threaten to kill her, according to the report.

Through its investigation, deputies said they found Story's fingerprints near where Hayes was murdered, that he attempted to sell a handgun in the area of the home, threw away clothes, and reportedly told two people that he had murdered someone.

In September 2018, Story was arrested by Tampa police on a charge of aggravated battery with a deadly weapon in an unrelated incident. He was sentenced to five years in prison.

Deputies said Story previously spent 28 years in state and federal prison – more than had of his adult life – before Hayes' alleged murder.