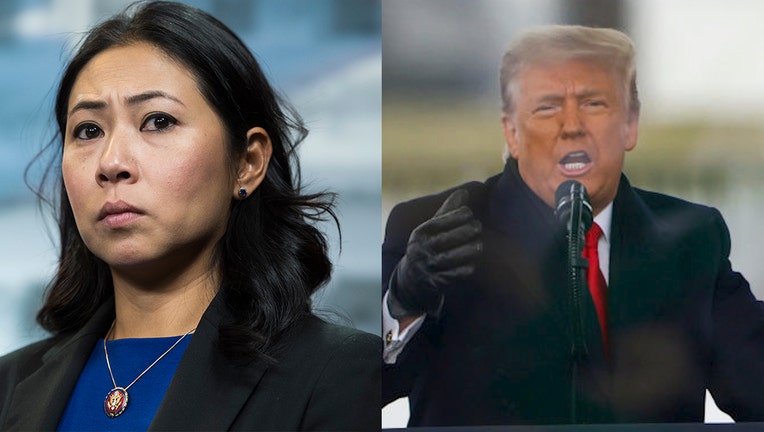 ORLANDO, Fla. - Florida Representative Stephanie Murphy called for the 25th Amendment to be invoked against President Trump following the riot at the U.S. Capitol.

She tweeted that "the President incited a violent insurrection against our democracy — proof he’s unable to uphold the Constitution. The 25th Amendment should be invoked and the President removed to ensure a peaceful transition of power. Protecting our democracy will always be my top priority."

Senate Democratic leader Chuck Schumer also called for the 25th Amendment to be invoked as well, joining a growing chorus of lawmakers calling on President Donald Trump’s Cabinet to remove him from office.

Under the 25th Amendment, Congress, the cabinet and vice president can strip powers from a president if for some reason he or she is declared unfit under dire circumstances. But that requires a two-thirds vote of both chambers.

RELATED: Central Florida man among those arrested during riots at U.S. Capitol

This scenario would temporarily transfer power to Pence until President-elect Joe Biden is sworn into office on Jan. 20.

Lawmakers on both sides of the aisle criticized Trump for fanning the flames that led to the riot inside the Capitol by repeating false claims of widespread voter fraud and relentlessly questioning the integrity of the 2020 election.

Some called for the president to be impeached for a second time, and others calling for use of the 25th Amendment. U.S. Rep. Ilhan Omar has already written the articles of impeachment for President Trump.