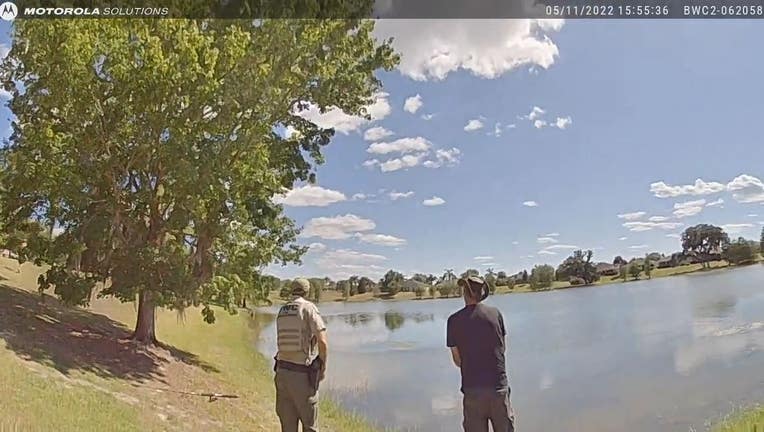 A still image from a deputy's body-worn camera. (FOX 35 Orlando)

THE VILLAGES, Fla. - The Florida Fish and Wildlife Conservation Commission is investigating a report that an alligator attacked a man's dog and pulled it into a pond in Sumter County.

According to 911 calls, the man told dispatchers that he was walking two of his dogs somewhere within The Villages Thursday afternoon and let the dogs run unleashed for a bit. At some point, one dog was attacked by an alligator and pulled the dog into a nearby pond, he told dispatchers.

The other dog ran off and wasn't immediately located, according to the 911 call.

FWC confirmed that it was called out to the area to help, and contacted one of their alligator trappers to hopefully trap the reptile. At last check, officials were working to trap the alligator.

Alligators live throughout Florida and FWS has four rules "to co-exist with alligators": never feed them, keep pets away from water's edge, swim during the day and in designated areas, and keep your distance.