The van belongs to a Black-owned salon business. FOX 35's Stephanie Buffamonte has the story.

OCALA, Fla. - A man was caught on surveillance video spray-painting racist graffiti on a van in Ocala.

As many Black-owned businesses are celebrating this Juneteenth, the owners of Fancy Hair Collection are angered by the hate they have experienced.

Ocala Police are looking for the person who was seen on video spray-painting "KKK" on a van in the city.

The owners of the van say they are upset, frustrated, and confused.

"It’s very hurtful, very hurtful," said manager Aniyah Williams. "We’re still just not sure where this hate crime comes from because we don’t know him."

The company is based out of Gainesville but just bought the work van so they could start offering hair delivery services in Orlando. They were getting the van vinyl wrapped in Ocala when they say this happened. 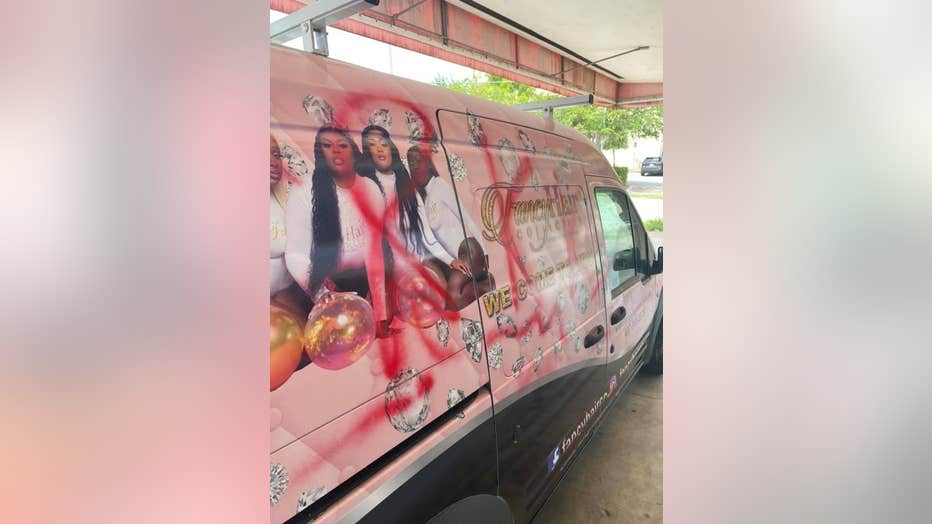 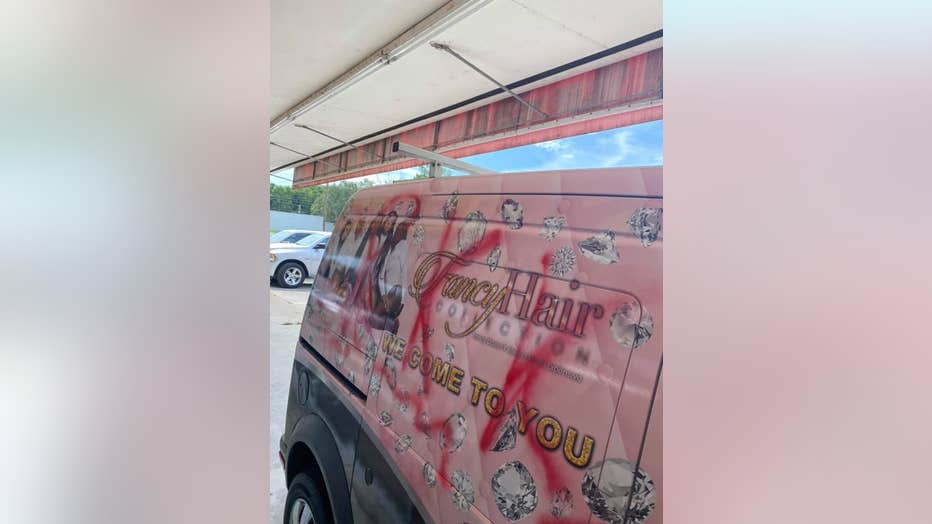 Williams says she has never seen this person before and is trying to wrap her head around who would do something like this.

"The fact that we have no clue who this was, it’s crazy and just really traumatizing," Williams said.

Williams says the van has been fixed but they are not letting this stop them from doing what they love.

"Don’t let racism, discrimination, or whatever discourage you," Williams said. "Every time you take one step, there’s always a trial and tribulations, or something that’s going to knock you down. Get back up, dust it off and keep going."

If you have any information, you're asked to call the police.