What are the odds you win the lottery?

What are the odds you win the lottery? You're more likely to be struck by lightning.

An estimated $494 million, the second-largest Mega Millions jackpot of 2022, is up for grabs on Friday after no one matched all six numbers on Tuesday.

The current jackpot, which also comes with a $248.7 million cash option, would be the 11th-largest prize in the 20-year history of the game, according to lottery officials.

The current Mega Millions prize began Aug. 2 after a $1.337 billion ticket was won in Illinois on July 29.

The winning numbers are drawn for the second-largest Mega Millions jackpot in history, $1,28B, took place on Friday, July 29, 2022.

In addition to the massive jackpot in July, four other top prizes have been awarded so far this year — beginning with $426 million in California on Jan. 28, officials said. A New York player won $128 million on March 8, and a Minnesota couple won $110 million on April 12.

A $20 million jackpot was won in Tennessee on April 15.

What were the Mega Millions numbers last night?

What time is the Mega Millions drawing?

Mega Millions drawings are held on Tuesday and Friday.

How to play Mega Millions

Mega Millions tickets cost $2 per play. Players win the jackpot by matching all six numbers in a drawing. If no one wins the jackpot, the money is added to the jackpot for the next drawing.

Those lucky enough to become a Mega Millions jackpot winner get the choice of a cash option or an annual payout. The annuity option means getting an initial payment followed by 29 annual payments, and each payment is 5% larger than the previous one. Those who select the cash option receive a one-time, lump-sum payment that is equal to all the cash in the Mega Millions jackpot prize pool after taxes.

Where to buy Mega Millions tickets 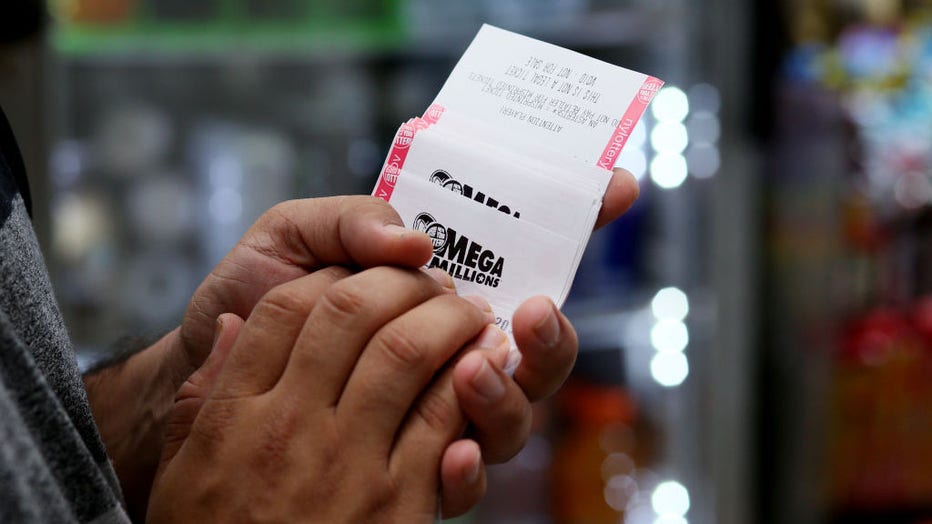 Mega Millions is played in 45 U.S. states plus the District of Columbia and the U.S. Virgin Islands.

The official website has a map where individuals can click to go to their individual state’s lottery website. From there, you can find more information about tickets and retailers currently selling them.

Odds of winning the Mega Millions

The odds of winning the Mega Millions jackpot prize is roughly 1 in 302,575,350, lottery officials said. But a player’s overall chance of winning any prize is 1 in 24.

While no one won the jackpot on Tuesday, there were 906,150 winning tickets at all prize levels in the drawing, lottery officials said.

A total of 53 tickets matched four white balls plus the Mega Ball to win the game’s third prize of $10,000 each. Five of those were worth $30,000 each because they included the optional Megaplier.

RELATED: 5 disasters that are more likely to impact you than winning the lottery