Drivers here in the Sunshine State could soon hop on President Donald J. Trump Highway and cruise the entire state of Florida. A Central Florida lawmaker is proposing an amendment to a transportation bill that would rename U.S. Highway 27.

LAKE COUNTY, Fla. - There is a push to rename U.S. Highway 27 after Donald Trump.

Highway 27 is 481 miles long and runs across the state from Tallahassee to Miami.

"It goes through my district, District 32, from top to bottom," Sabatini said. "From the top of Lady Lake down to Four Corners in Polk County."

Representative Sabatini is one of the people in support of this designation. He said the plan is to attach it as an amendment to a larger bill. 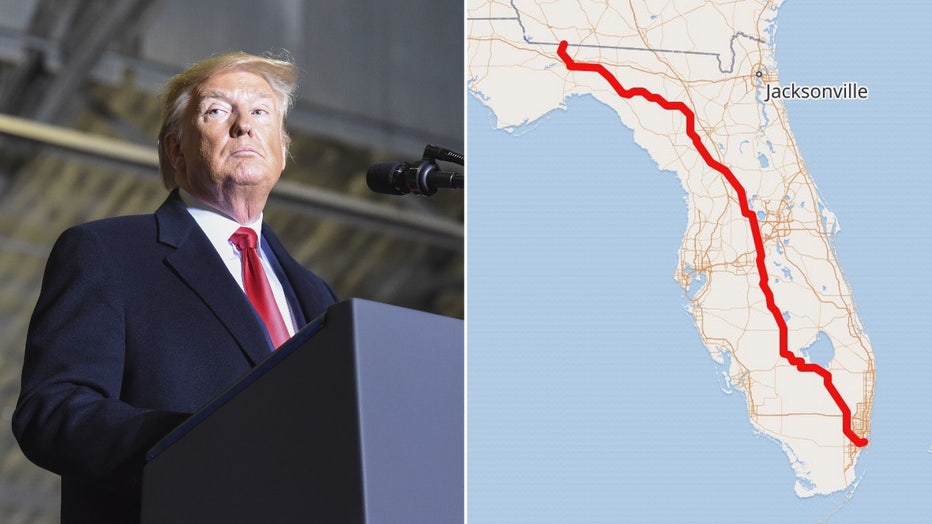 "The moment that there’s a transportation bill heard in committee, which could be next week, which could be a couple weeks, could be a month, we’ll do the amendment on to that bill," Sabatini said. "There are a lot of designations made every single year all around the state on different highways and different features of land and so what happens, they all get tacked on to the same bill."

He said this is needed because there is nothing else in the state named after our 45th president.

"This is going to be the first one to do that," Sabatini said. "It’s going to generate a lot of excitement. A lot of debate. I think it’s going to pass and a lot of Floridians are going to be happy with it."