Numerous afternoon showers today. A front is stalling across the Southeast increasing the moisture. Storms will become more numerous with the afternoon sea breeze. Rain chances will be higher along the coast. Main threats will be lightning, and gusty winds.

Sunday will be another rainy day for the parks. Showers and thunderstorm activity will arrive late in the morning around 11 am. There will be a 70% chance of rain tomorrow. Temperatures will peak in the low 90s. 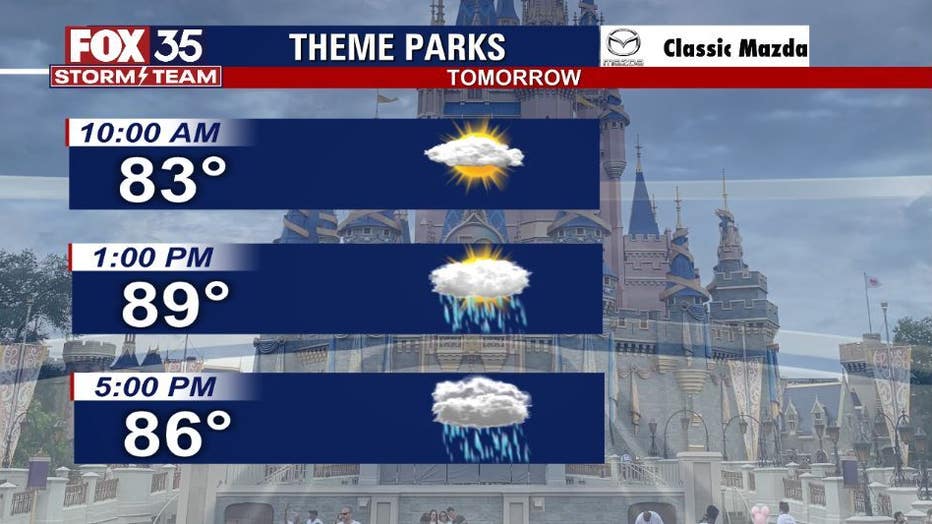 Sunday looks to be a rainy beach day. Showers and thunderstorms are possible after 2 pm. Temperatures will peak in the upper 80s to low 90s. The rip current risk will be low with the surf being around 1 ft. Make sure to head to the beach early for some time in the sun! 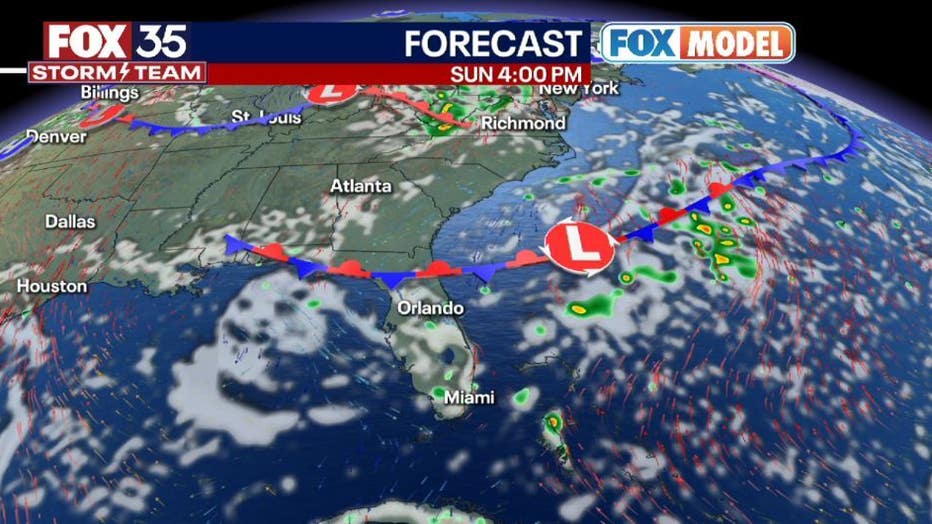 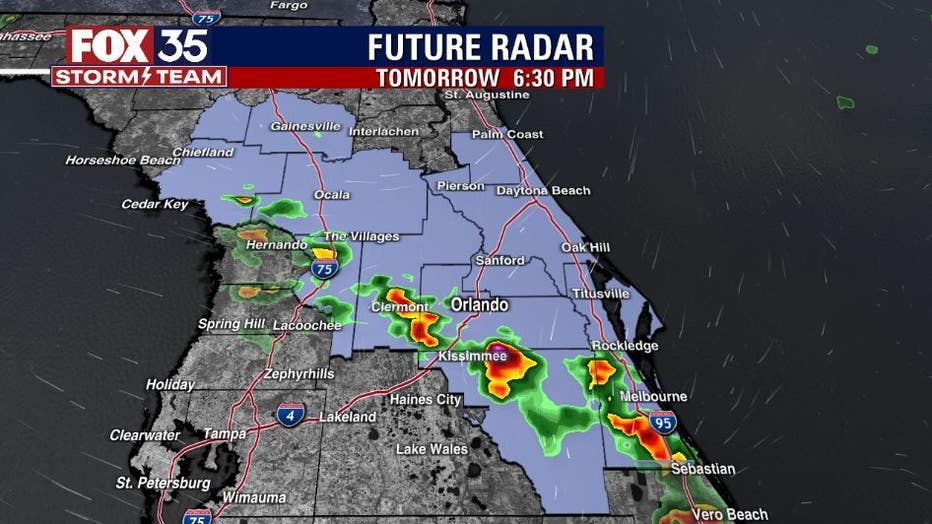 Rain chances will remain high for Sunday. A front is stalled over the southeast increasing moisture across the area. Dier air will return by early next week. Temperatures will be near normal with highs in the low 90s. Depend on the FOX 35 Storm Team and download the FOX 35 Storm Team App! 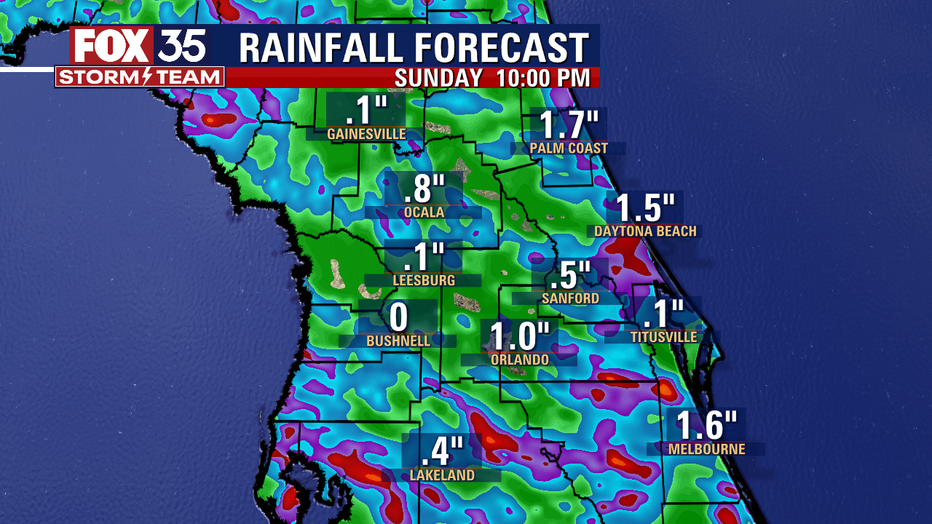 An area of disorganized showers and thunderstorms has grown larger over the northwestern Gulf of Mexico. Development should be slow as the system tracks to the west-southwest. These showers and thunderstorm are expected to move over Texas on Sunday Morning. As of now, the possibility of formation sits at 20 percent within the next 48 hours. Depend on Us, the FOX 35 Storm Team for the latest! 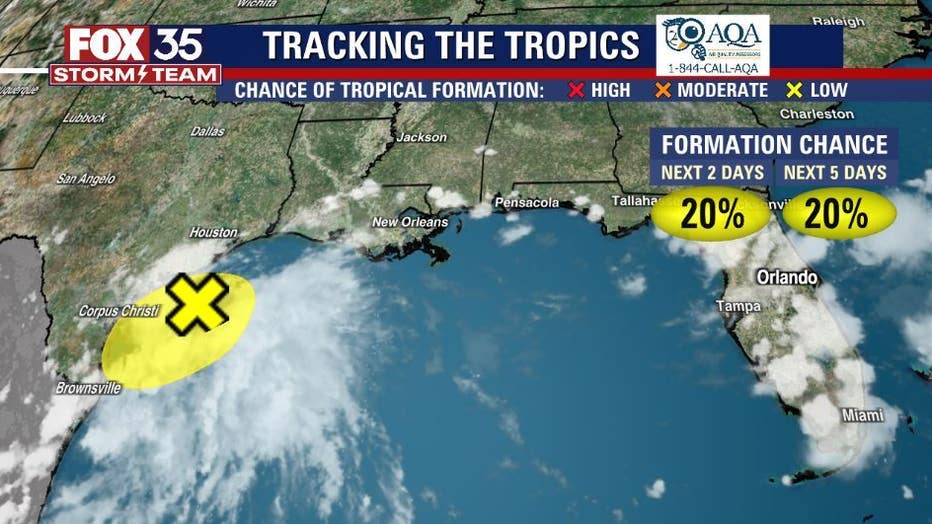