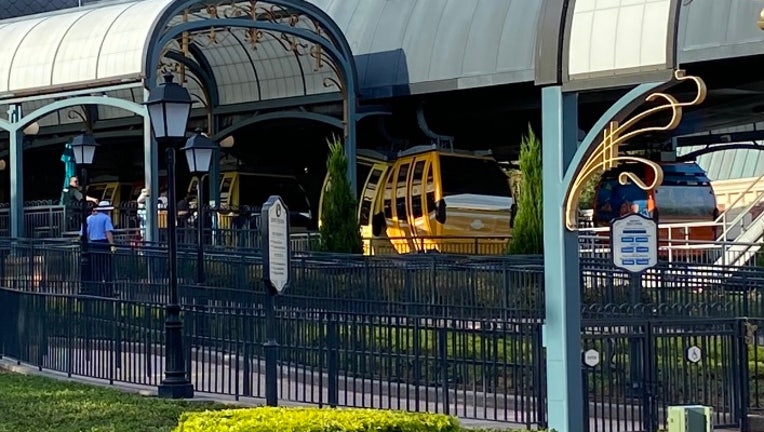 Twitter user @camerondudeck posted photos on June 8 that appeared to show two of the yellow gondolas touching after the big bang.

"Skyliner crashed again," he wrote along with the images. "As of right now, the entire Skyliner is down. Not sure of when it will be back." 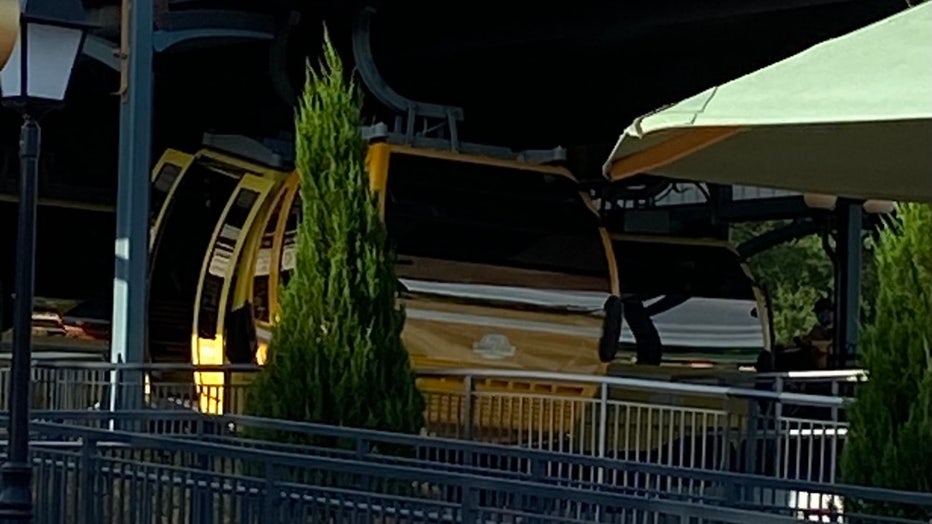 Katie McKellar posted a video from her gondola which was stopped in the air before reaching the EPCOT station.

In a reply to @camerondudeck, McKellar said Disney cast members were very gracious.

"They did compensate and apologize. They were very kind after we got off. They had cold waters waiting for each person after getting off of the gondola."

Katie McKellar posted a video from her gondola which was stopped in the air before reaching the EPCOT station.

According to WDW News Today, this is the third time Disney gondolas have crashed. The first reportedly happened in 2019 at the Riviera Resort station. The second was reportedly just months ago at Disney’s Hollywood Studios station.

RELATED: Tickets on sale for 'Disney After Hours Boo Bash’: How to get the cheapest price

According to an Instagram post by Alyssa from nextstopmainstreet, two gondolas "banged into each other" in April and that there was shattered glass at the station. The park said no one was inside the gondolas at the time. The attraction eventually got back up and running.