Southwest Airlines works to recover from weekend delays and cancellations

Thousands of flights were canceled over the weekend and the trend has continued into Monday so far.

The company canceled and delayed over 1,000 flights over the weekend, leaving travelers stranded, including across airports in Florida. Then, on Monday, the airline canceled 348 flights and delayed another 303 flights, according to FlightAware, a website that tracks cancellations and delays.

"I've never had this happen, I've flown Southwest -- the only airline I would fly. I've probably flown it for ten years, and this has never, ever happened," said Karen Pavel, a Southwest passenger.

Southwest Airlines is the largest carrier of flights in the country and the largest at Orlando International Airport. Massive lines of impacted travelers were spotted over the weekend after cancellations. Now, the airline is playing catch up, trying to get people home after the Columbus Day holiday weekend. 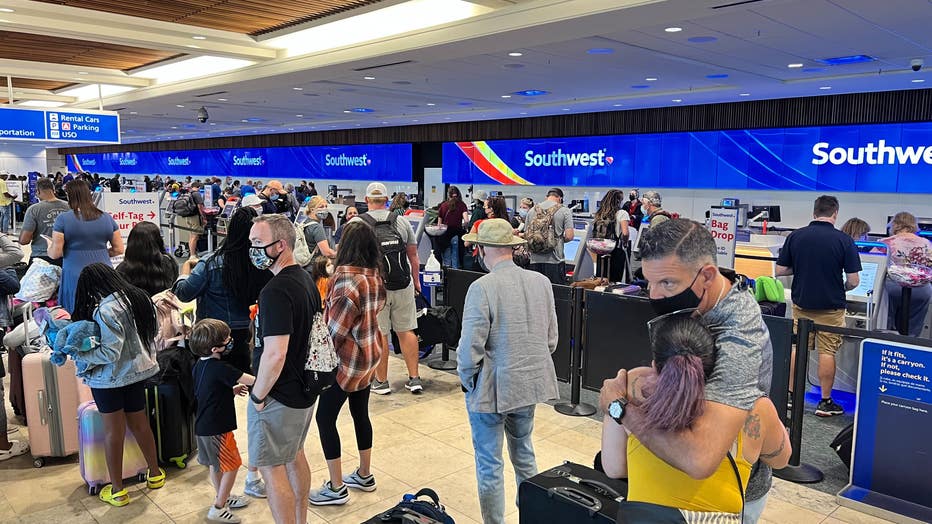 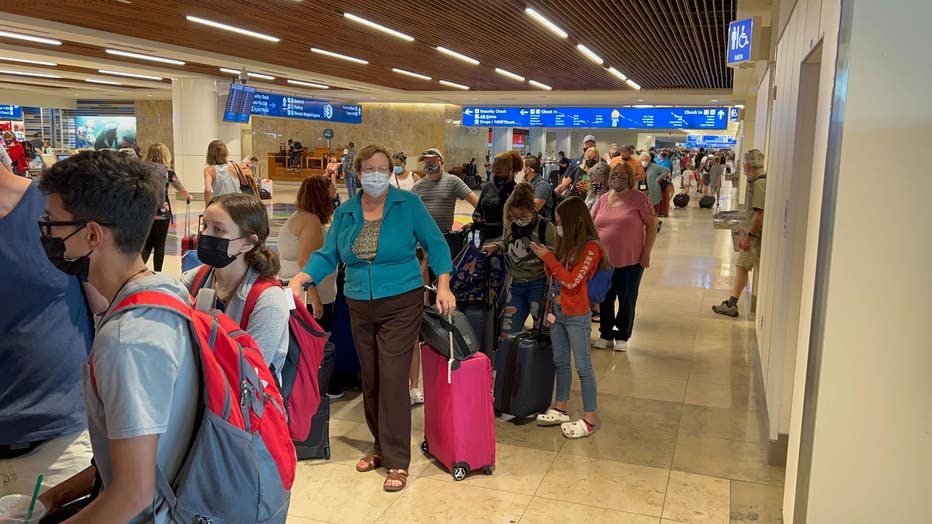 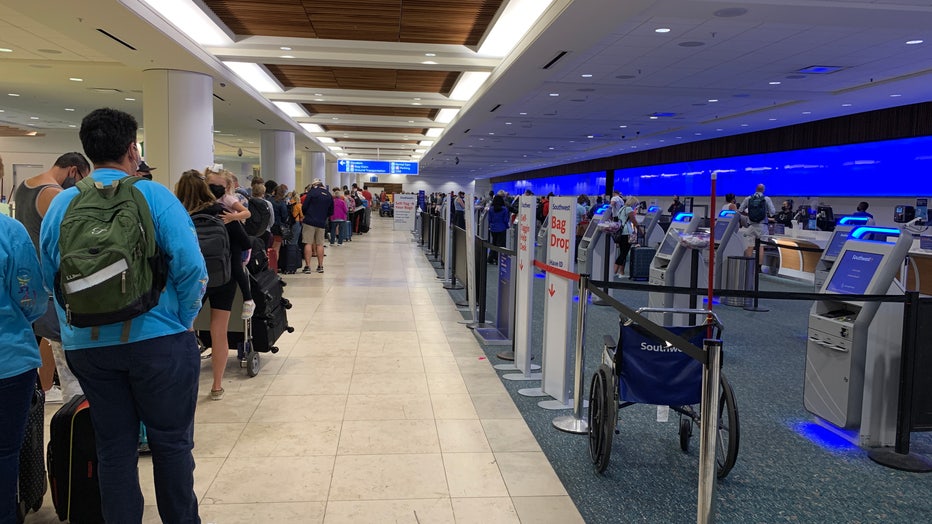 Bianca Amacker and her family were inside these crowds and spoke to FOX 35.

"So, we just wanted to come and enjoy ourselves, do something positive to get our minds off of what happened, through the hurricane and stuff," she said, adding that her flight was canceled twice. "We were supposed to go straight from here to New Orleans, but after the two cancels, this was the only thing they had left."

TRENDING: WATCH: Surfer gets surrounded by sharks at Florida beach

Southwest Airlines canceled more than 1,000 flights in total, or 29% of its schedule, according to flight tracker FlightAware.

It was a stressful Sunday for thousands of people after Southwest Airlines canceled many flights.

In an emailed statement, the company said that it had experienced weather challenges in its Florida airports at the beginning of the weekend, which were compounded by unexpected air traffic control issues in the same region. Those issues triggered delays and prompted significant cancellations for the airlines beginning Friday evening.

"We’ve continued diligent work throughout the weekend to reset our operation with a focus on getting aircraft and crews repositioned to take care of our customers," said Southwest Airlines. "With fewer frequencies between cities in our current schedule, recovering during operational challenges is more difficult and prolonged."

The company said that it’s allowing customers to explore self-service rebooking options on Southwest.com, where they can get updates on the status of their travel.

"We experienced significant impact in the Florida airports yesterday evening after an FAA-imposed air traffic management program was implemented due to weather and resulted in a large number of cancellations," Southwest said in a statement Saturday to FOX Television Stations.

The company also tweeted about the disruption Saturday afternoon.

"ATC issues and disruptive weather have resulted in a high volume of cancellations throughout the weekend while we work to recover our operation," the post read. "We appreciate your patience as we accommodate affected Customers, and Customer Service wait times are longer than usual..."

Meanwhile, FOX 35 has obtained a copy of a lawsuit filed by the Southwest Pilot’s Association on Friday in a U.S. District Court. The pilots are filing a motion to stop the airline from enforcing a vaccine mandate.

MOBILE USERS: Click here to read a copy of a lawsuit filed by the Southwest Pilot’s Association

Southwest is asking any affected passengers to rebook using the Southwest website.