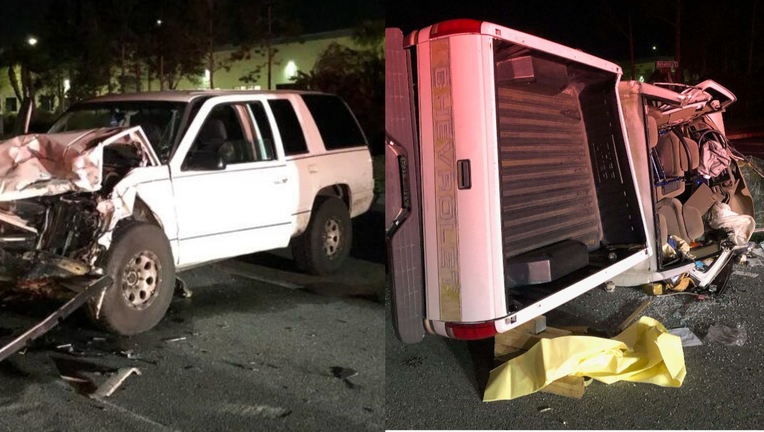 Officers with the Daytona Beach Police Department (DBPD) responded to North Williamson Boulevard and Reliability Way after Volusia County emergency dispatchers received a call for help at 8:38 p.m. on Thursday from a witness stating that two vehicles collided.

Witnesses at the scene told investigators that a 1997 white and tan Chevrolet C1500 pickup truck – driven by the Titusville man – was heading eastbound on Reliability when the vehicle went through a stop sign without stopping, merging into the southbound lanes of Williamson.

As the Chevy truck was in the process of merging, the front of a 1999 white GMC Yukon approaching Reliability as it headed south on Williamson struck the driver’s side door of the pickup truck.

The impact caused the C1500 to spin counterclockwise as it crossed through the southbound lanes and into the northbound lanes on Williamson before it flipped over, coming to rest on its passenger side.

The driver of the pickup truck, who was also the sole occupant, was rushed to Halifax Health Medical Center as a trauma alert but passed from his injuries on Friday.

The identity of the deceased was not immediately released.  There are no criminal charges pending for this case.