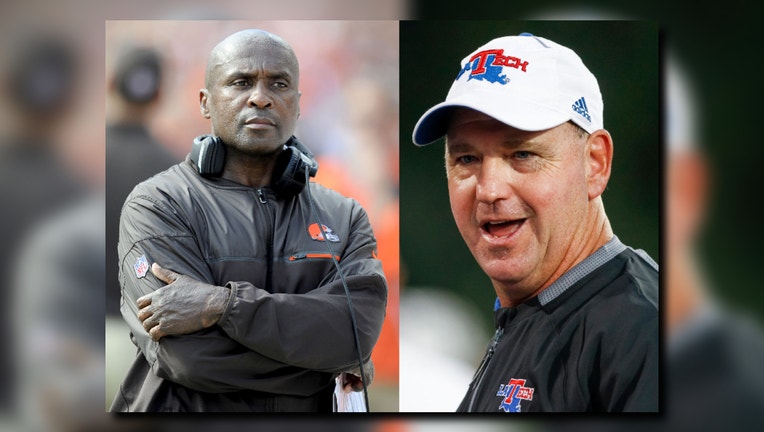 Two weeks ago, the league announced its first four coaches in New Jersey, Tampa Bay, Houston and Philadelphia. During his FS1 show "The Herd," Colin Cowherd announced head coaches for the Birmingham Stallions and Pittsburgh Maulers.

The Stallions will be led by Skip Holtz, who is the son of legendary coach Lou Holtz. Skip Holtz has coached at the college level for decades, most recently serving as the head coach of Louisiana Tech.

He also has stints as head coach in South Florida and East Carolina, where he won two Conference USA championships.

Pittsburgh will be coached by Kirby Wilson. He has coaching experience dating back to the 1980s, but this will be his first head coaching job.

The USFL is a new, independent American football league controlled by FOX Sports through NSFL HoldCo, LLC, a new business entity. It is not associated or affiliated with the USFL of the 1980s or its owners.

FOX Sports is an official broadcast partner of the USFL and will air games on a weekly basis.

All games in the inaugural season will be played in a single host city. League officials hope to play games in future seasons in the teams’ home markets.