ORLANDO, Fla. - The National Hurricane Center (NHC) is tracking a tropical wave that formed hundreds of miles off the coast of the Windward Islands on Monday.

They said that the tropical wave is producing disorganized showers and a few thunderstorms. Further development is possible, as it has a 20 percent chance of formation over the next two to five days. By Thursday though, it will hit upper-level winds and become less conducive for further organization. 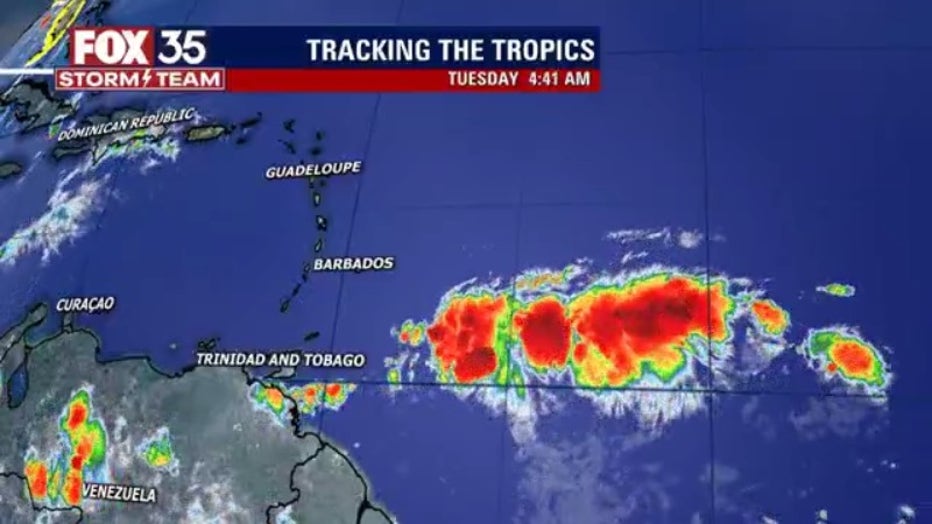 FOX 35 Storm Team Chief Meteorologist Jayme King noticed on a GFS forecast model some type of tropical feature just south of the western side of Cuba by next Tuesday. It has the feature going into the Gulf of Mexico.

"It's one forecast model with one run, but I've seen this now repeatedly," he said. "Many days to assess but it is showing in the modeling." 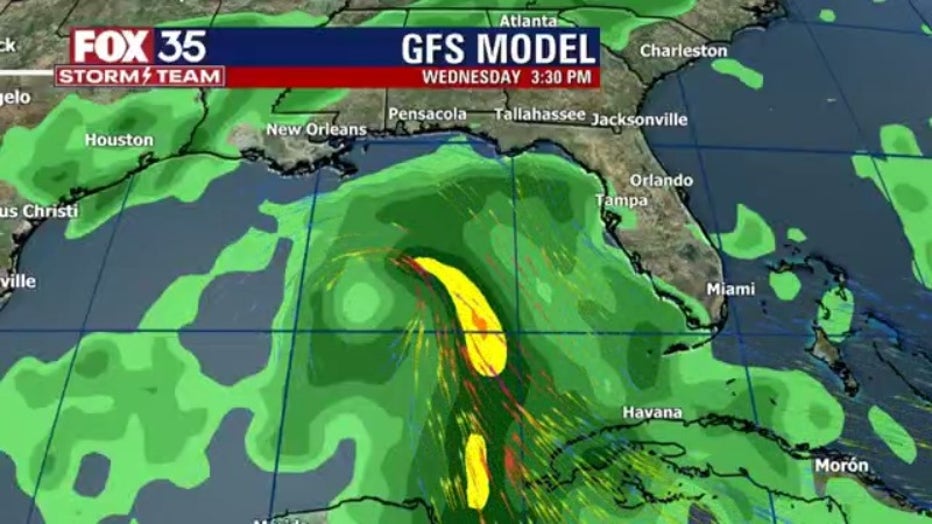 Whenever it comes, the next named storm will be ‘Danny.’

Depend on the FOX 35 Storm Team as we track the latest updates in the tropics.