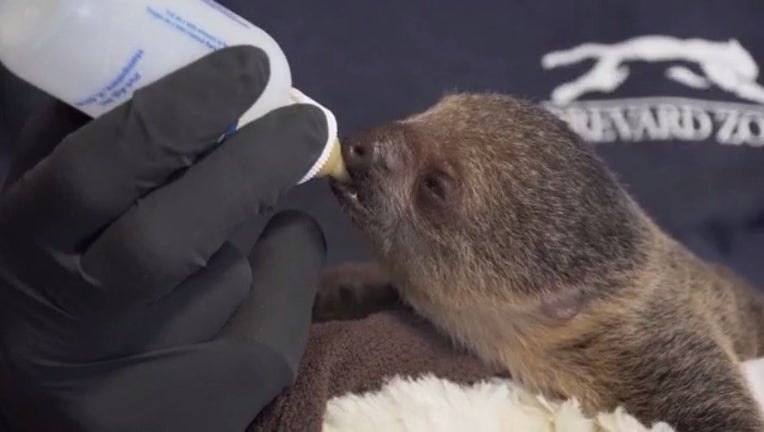 MELBOURNE, Fla. - A sloth recently born at the Brevard Zoo is receiving specialized attention from animal care staff after its mother was not interested in looking after the little one, zoo officials said.

The Linnaeus’s two-toed sloth, who was born on May 12th, was fathered by Dustin and his mother was Tango. However, the zoo said that she was not interested in looking after the little one. Attempts to reunite them were made but were unsuccessful.

The sloth, who has not been named yet, is reportedly bottle-fed goat's milk every three hours around the clock and has been given a variety of stuffed animals to hold because young sloths typically cling to their mothers at this age.

The sex of the sloth also has not been identified yet, the zoo said. This will require a laboratory test.

This is said to be the second sloth to arrive at the zoo this spring. The first was born to Sammy on April 8th. That zoo said that one is currently being reared by their mother and is visible to guests in the ‘Rainforest Revealed' section of the zoo.